DeMarcus Cousins joined some elite company after racking up 33 points, 17 rebounds, 4 steals and 4 blocks during last night’s 1 point win against the 76ers. Only Hakeem The Dream Olajuwon (5 times) and the Admiral David Robinson have pulled off a 30/15/4/4 game in the past 30 seasons. He also tied Chris Webber for most (13) games with 30 points and 15 rebounds in franchise history.  Only Jerry Lucas (32) and The Big O (40) are ahead of him.

Boogie also had 3 assists including this nice once to Derrick Williams who finished the play with a reverse dunk.

But Cousins biggest play came in the final seconds when he made a game saving block/steal.

“I got credited with the steal, but Cuz was the one who caused it,” McCallum said. “He (Thompson) was driving to the basket and trying to get a shot and DeMarcus stepped out and slapped the ball and it came right into my hands.” 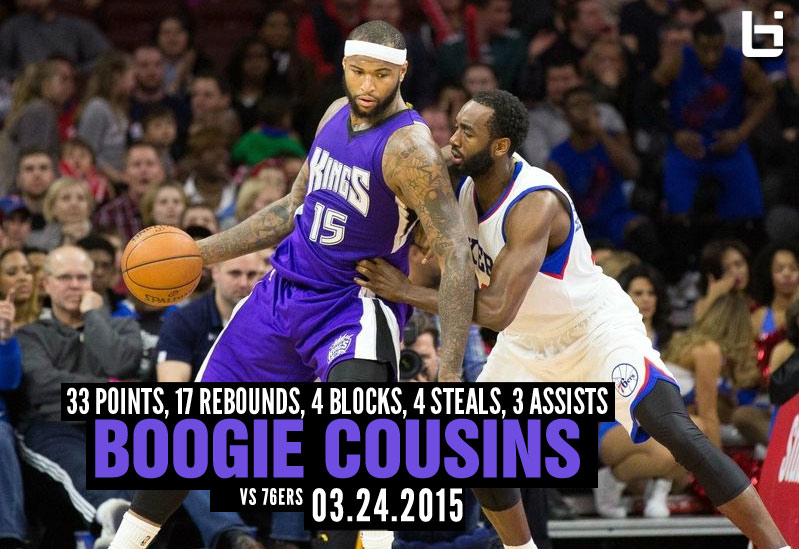