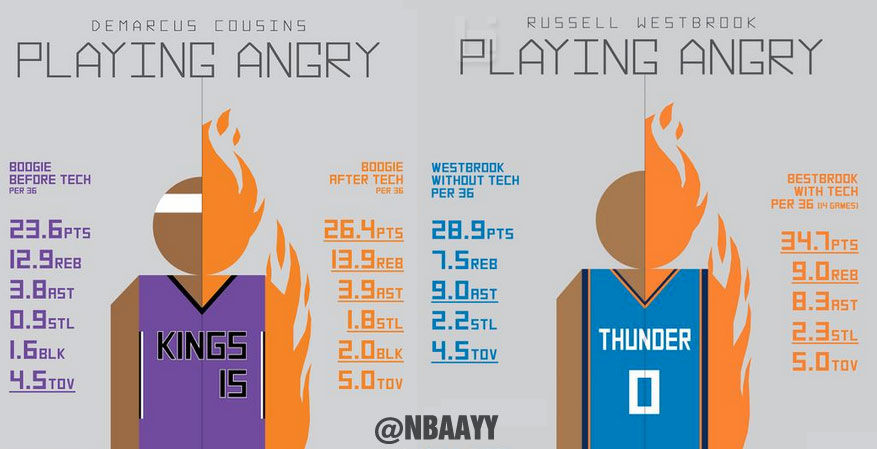 According to NBAAYY and their pretty cool charts, defenders should treat DeMarcus Cousins and Russell Westbrook like Bruce Banner because when they get angry – competition gets destroyed.

In Boogie’s case, every statistical average went up after he got a T and that was quite often. Cousins was second in the league in techs with 14; The 14 was 9 more than his goal of getting 5 or less during the season.

In the case of Russell Westbrook – who tied Markieff Morris with the most techs (15) – his scoring average skyrocketed while his assists took a small dip.

You might remember one of the most controversial techs on Westbrook last season came during his career-high night of 54 points, 9 rebounds and 8 assists.  The tech, which KD called bullshit on Twitter, was Westbrook’s 16th which meant an automatic one-game suspension.