DeMarcus Cousins was doing it all against the Warriors last night. He had a game-high 26 points, game-high 11 rebounds, game-high 4 blocks, team-high 3 steals and 4 assists which was good enough for 2nd on his team.  But the only play people are going to remember from the All-Star on this night is the one where he took a game break (the Kings were already down by 17 near the end of the 3rd) and watched Mo Speights catch an inbound alley-oop. 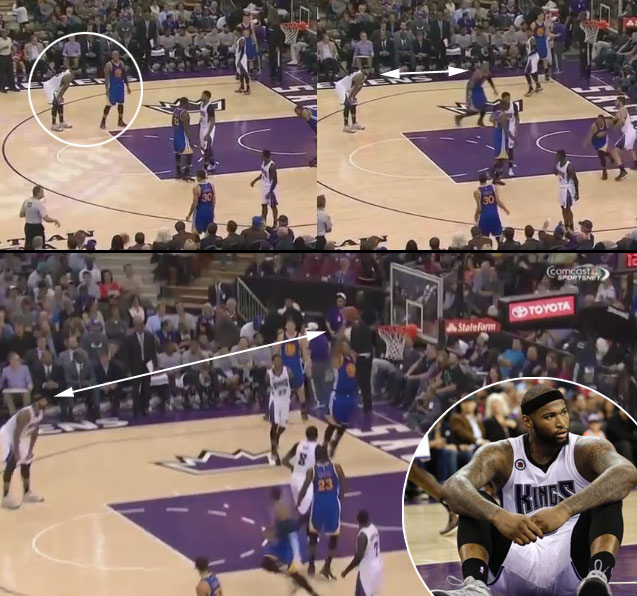