Have you heard anything about Dennis Smith Jr lately? Like, any compliments from the best player in the world?

After a few days of headlines spawned from LeBron raving about Mavs rookie Dennis Smith Jr and how he should have been a Knick, the 19-year old responded by scoring a career-high 27 points on 10-of-23 shooting (5-11 3PT) against the Spurs. He also had 6 boards, which made him the youngest Mav ever with 25 points and 5 boards — I know, I know, some of you hate these random ass stats, like Smith is the first Jr in Dallas history to turn the ball over six times and miss one dunk in a loss. I have no idea if that’s true or not but Smith did have a game-high six turnovers and did miss a dunk during the 97-91 loss. I just wanted to point those things out to make Knicks fans feel better.

Just in case you were wondering who was the youngest Mav with 25 & 5 before Smith, it was Jamal “Monster” Mashburn at the age of 21 years and 87 days.

After watching Smith pull the ball behind his head and throw down a power dunk with a #1 on his jersey, I couldn’t help but think of another #1 who used to attack the rim the same way during his early days. 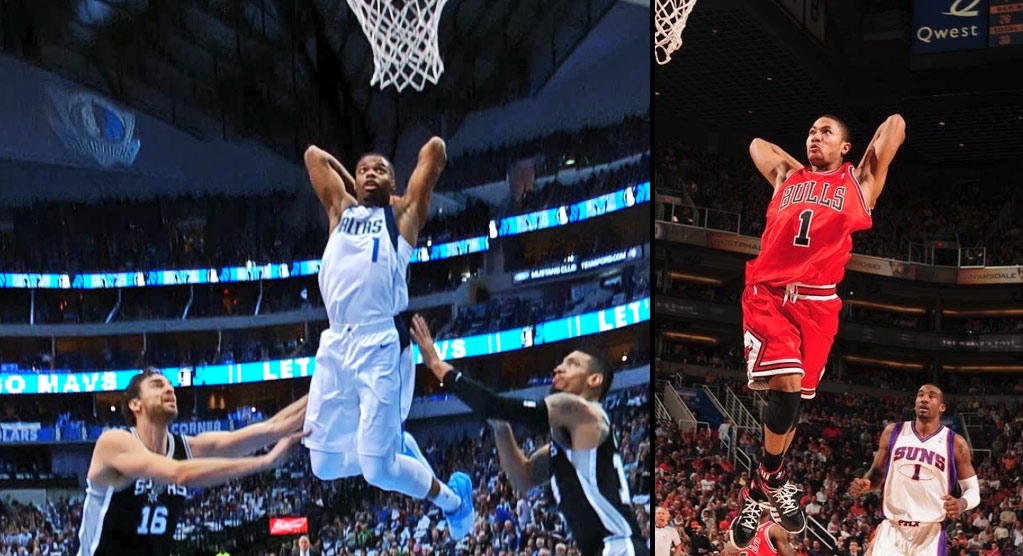