Skip to content
“The pizza doesn’t taste that great,” said an annoyed Derek Fisher after Friday night’s loss to the Wizards. The pizza Derek “we control our own destiny” Fisher is referring to is the pizza Wizards fans can purchase for half-off since Rasual Butler’s dunk with 1.3 seconds left in the game eclipsed the 100 point mark.

“They dunked it at the end there,’’ Knicks center Lou Amundson said. “I don’t know if that was needed.’’

“We were punched in the face right away to start the game.’’ said Fisher who called a time-out after the dunk.

“Regardless of the score, there have been a lot of games that we have not been in several nights,” said Fisher. “When we are talking to our guys about not playing to score and just playing the game then I think there are appropriate times to take advantage of those opportunities. Tonight was another one. I think it is important to send messages to guys that we don’t give up easy and we keep playing.”

Butler did embrace with Fisher at the end of the game and talked about the dunk afterwards.

“That’s my guy, I have a good relationship with him. I definitely wasn’t trying to show them up, I’m not that type of person, I do apologize for that. But they were trapping, and I just kind of got caught up into the play. I thought about it afterwards and it wasn’t the classiest thing to do so my apologies out to him and his team and the fans, because you gotta dribble that one out. We have a relationship beyond basketball, we’ve grown close over the years, so he knows my character and he knows I’m really not that type of guy.”

The Wizards have now won 7 straight against the Knicks. 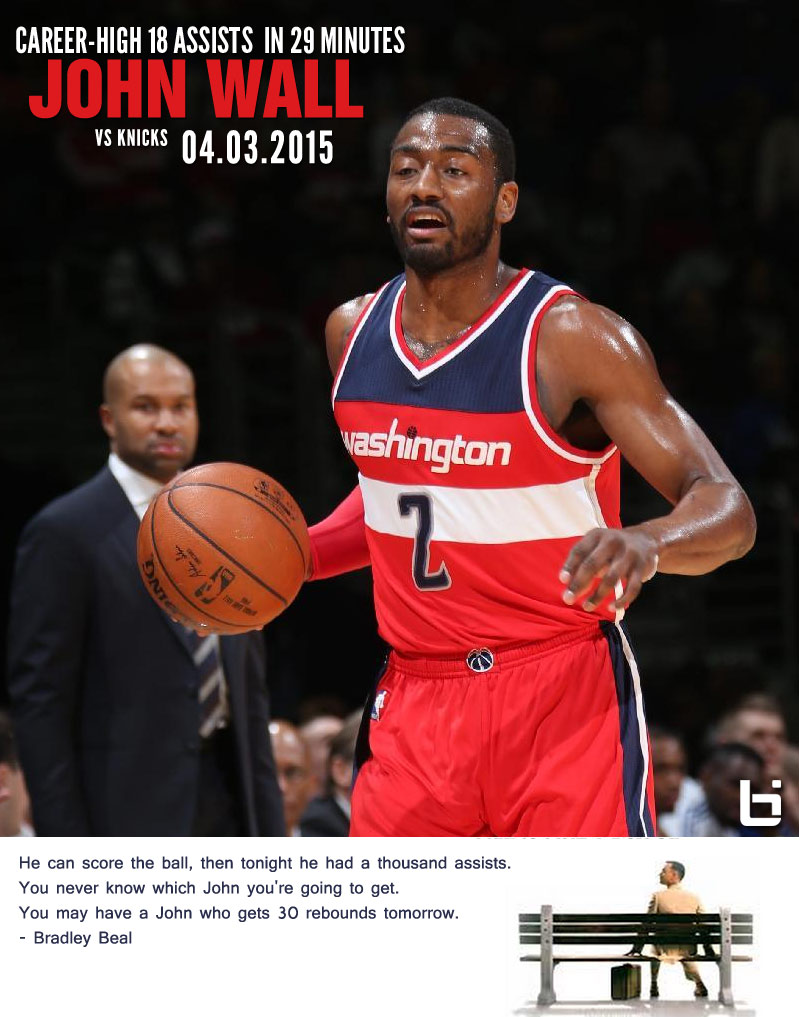