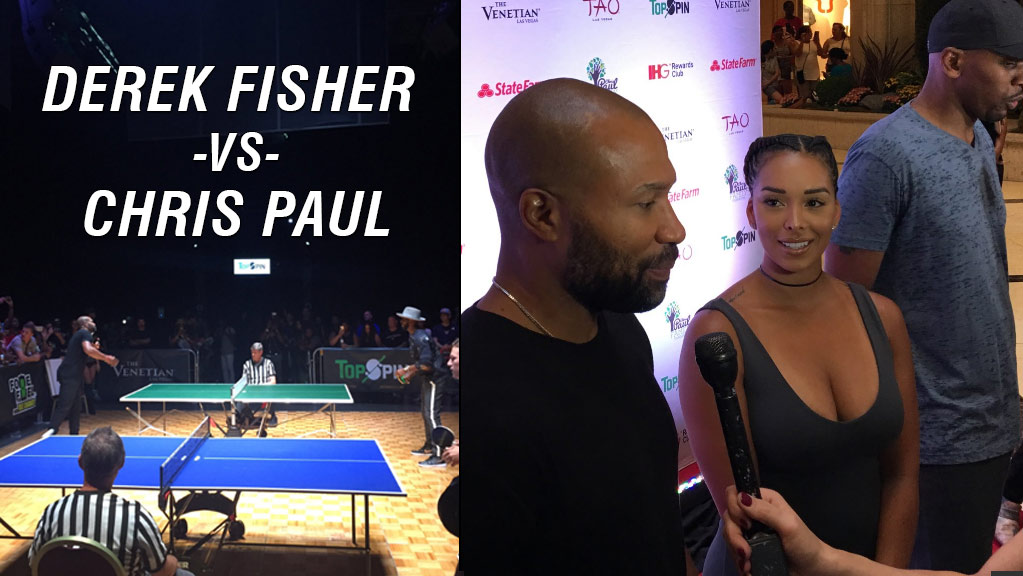 What happens in Vegas stays in Vegas, so we aren’t allowed to talk about Matt Barnes crashing a game of ping-pong between Derek Fisher and Chris Paul to beat the former Knicks coach’s ass with a paddle. We also can’t talk about it because it didn’t happen.

What did happen was Fisher competed against Paul at Paul’s annual TopSpin Charity event in Vegas with Barnes’ former girlfriend Gloria Govan. He also  talked to HoopJab about Kevin Durant joining the Warriors and the Lakers’ D’Angelo Russell and Brandon Ingram.

As for the competition, Clippers’ assistant coach Sam Cassell once again proved he’s the best ping pong hooper in the world.