Deron Williams didn’t just hit the game-winning 3 at the buzzer to give the Mavs a double OT victory over the Kings; Deron Williams dominated the 2nd OT: He scored the first bucket for the Mavs in the extra session on an and-1 layup, then found Raymond Felton for a 3-pointer, hit another layup with a litltle more than a minute remaining and then hit the shot which resulted in a “mob scene.”

“That was definitely my first Mavericks mob scene,” said Williams, who finished with a team-high 25 points. “I was at the very bottom of the pile, then all of a sudden it went dark and I couldn’t breathe.” 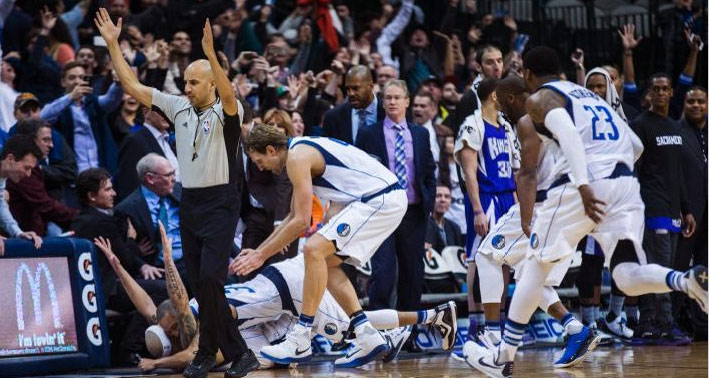