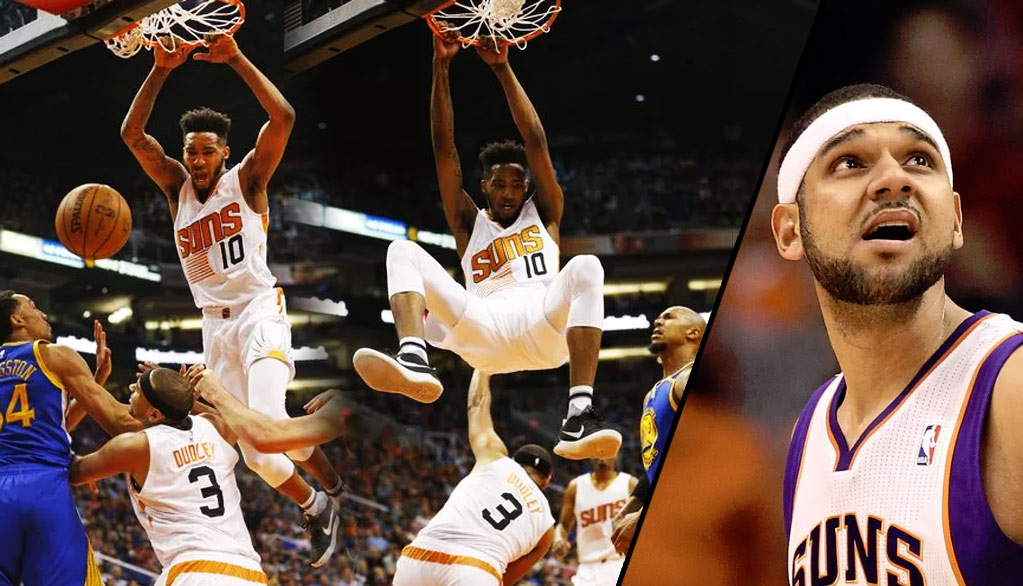 C’mon Jared, get the rebound or get out of the way!

The Suns Jared Dudley found himself on the bottom of two posters during Wednesday’s loss to the Warriors and neither of those posters were made by a Warrior. The posters came courtesy of high-flying rookie Derrick Jones Jr, who threw down two impressive rebound dunks during the second quarter, over his veteran teammate.

Since his participation in the Slam Dunk Contest at All-Star weekend, Jones has been one of the most exciting rookies to watch. His young teammates Tyler Ulis and Marquese Chriss have been equally fun to watch and over the past two weeks, Ulis has been one of the best rookies in the league and finished this night with 20 points and 6 assists against Steph and crew. I also have to mention all three are former Ballislife All-Americans.

Back to Dudley, who scored a season-high 19 points to go with 7 boards and 6 assists off the bench. I hate to make fun of him because he was a fantasy favorite of mine during his first stint with the Suns but I love making fun of guys in the NBA that lack hops and Dudley is what you would call “vertically challenged.”

But I did find this six-year old video of him called “Dunk Of His Career” and it just happened to be against the Warriors.

And here’s his full highlights against the Warriors on Wednesday night.