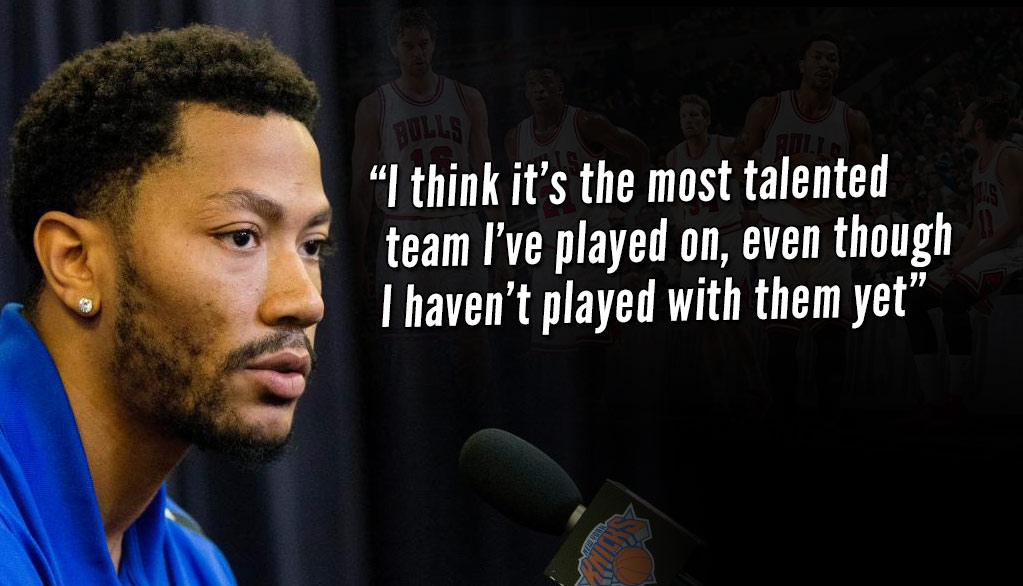 Here we go again. Derrick Rose has dropped another headline-worthy quote that is sure to be a favorite on social media. During an interview with Jared Zwerling of the NBPA, Rose talked about his new role with the “Super Team” Knicks, with “a chance to win every game” and dropped this gem.

“And my job is to just come in and just be a point guard. I think it’s the most talented team I’ve played on, even though I haven’t played with them yet—just looking at the stat sheet, working out with them. So my job is to come in and get everybody going, then have my spot where I can try to dominate the game.”

As a reminder, here’s a few decent teams Rose played on in the past.

Rose might also have to miss a few preseason games and practices with the best team he’s ever been on due to his rape trial. It’s also no coincidence the NBPA released the positive article on Rose yesterday, which is the same day other media sites were reporting Rose’s accuser in the trial will be stripped of anonymity.