Derrick Rose was back in the lineup on Tuesday night for a match-up against Damian Lillard.  Both were off on the night, so Rose took every opportunity he could to work on his shot – even during fights.

Midway through the 3rd quarter, Jimmy Butler and Mason Plumlee got into a little scuffle and as Lillard tried to push Plumlee away, Rose casually picked up a ball and took a shot. Just as amusing was Ed Davis playing a little D on Rose’s made shot.

Both Plumlee and Butler were hit with techs and after the game, Butler was still pissed about the altercation.

“He thought he was playing football for a second there,” Butler added. “It’s all good though, man. I almost had to let the Fort Greene projects out of me, Brooklyn.”

Well, thankfully the “Fort Greene projects” in Butler didn’t come out and everybody left the game unharmed – including Rose.

“I’m just happy I got off the court,” Rose joked after the game. “I think we played an all-right game. We won so that’s the only thing that matters.” 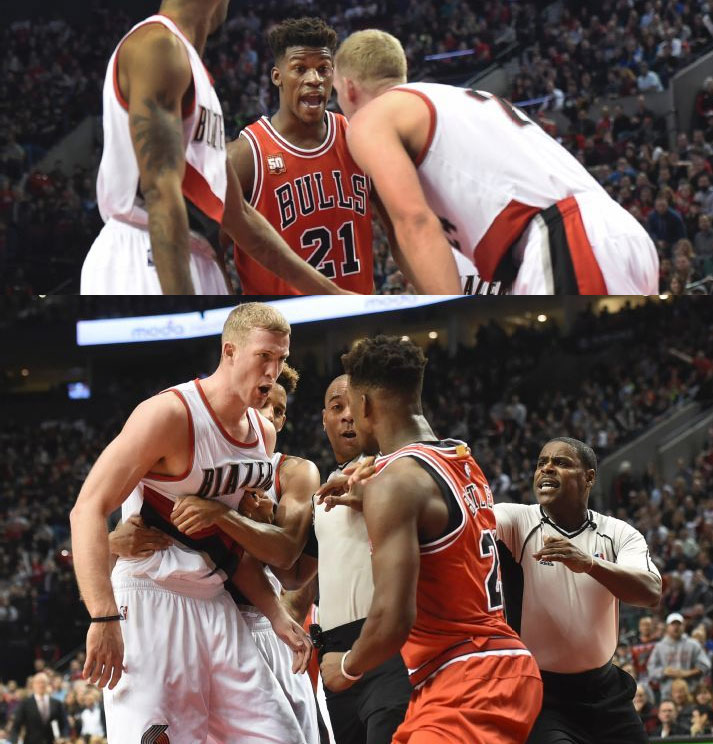