Derrick Williams and his hair were unstoppable on Friday night.  The former #2 pick played 21 minutes and finished with 23 points (13 in the 4th) and 4 rebounds. If he wouldn’t have attempted 3 3-pointers, he would have been 7-8 from the field.

The offseason signing of Williams hasn’t been the most popular move with a lot of Knicks fans so hopefully this performance makes them feel a little a better. 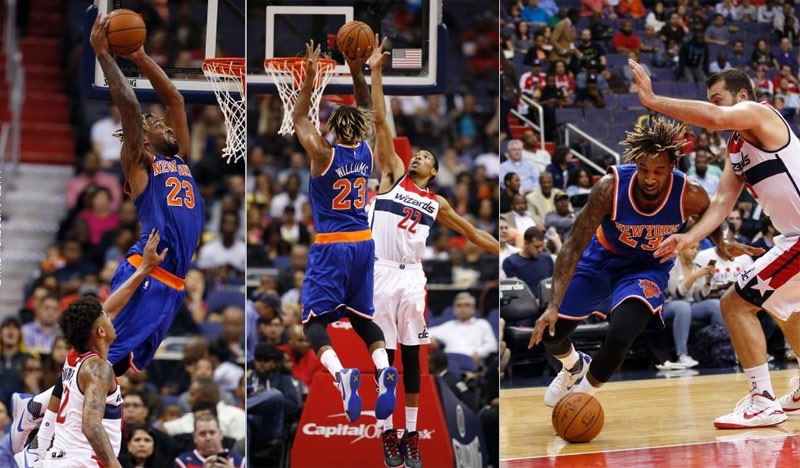 If that doesn’t do it, then watch this dunk again.