After the Suns were outscored by 20 by the Bucks in the first quarter on Saturday night, Devin Booker — fresh off a game-winner against the Kings — went off for 27 points in the 2nd quarter; 27 points on 9-of-11 shooting (5-of-5 from three) in the final 7 minutes and 14 seconds to be exact.

The scoring outburst was impressive enough to make Coach Earl Watson say, “What you’re seeing right now is a player who during that stretch reminded me of Kobe.

“What he did was pretty impressive in the fact that he’s only 20. He still hasn’t gotten into his grown man strength yet. Eventually he will and those drives where he’s going to the basket will eventually be dunks.”

“It’s just that zone,” said Booker, who also scored a franchise-high 28 4th quarter points vs the Mavs earlier this season. “If you play basketball long enough, a lot of people get in that zone. It would have been better if it had lasted longer, the whole game, we could have come out with a win, but we didn’t.” 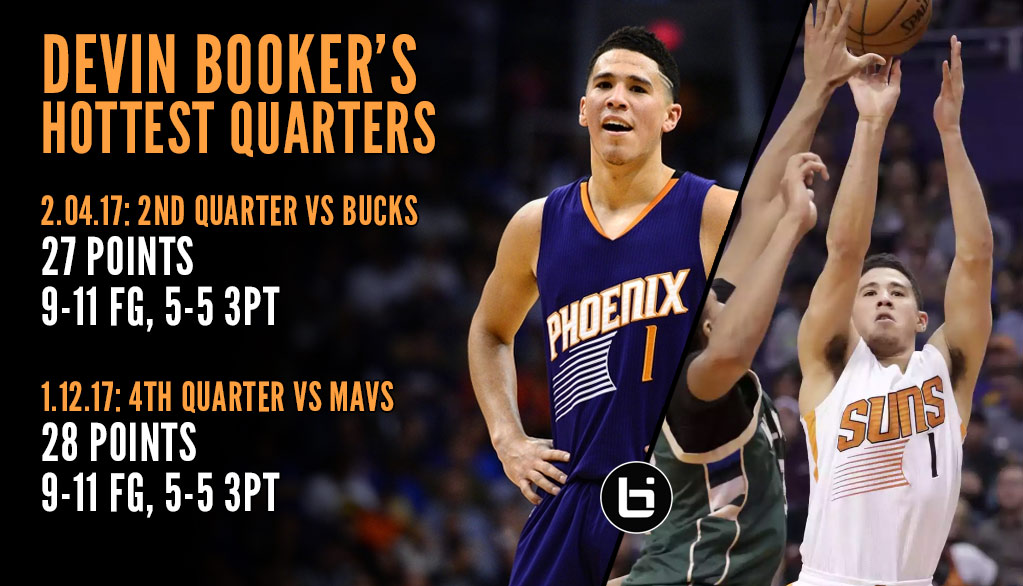