When you think of high flyers in the league, I’m assuming Big Baby Davis doesn’t pop in your head. If I asked you which players in the league probably have the worst verts, i’m assuming Big Baby Davis would pop up.   This weekend, Davis had the opportunity to prove us all wrong and show that he not only has hops but should be mentioned with David Thompson, Jackie Jackson and The Goat Earl Manigault as ballers who were rumored to be able to make change off the top of the backboard.  A shirt from a t-shirt cannon was hanging from the top of the backboard and instead of the Clippers DeAndre Jordan or Blake Griffin coming to the rescue, Big Baby tried to grab the shirt. Tried and failed miserably.

Considering i’m friends with Glen’s trainer in Houston who got Davis back to just dunking, the idea of him touching anywhere near the top of the backboard is just hilarious. 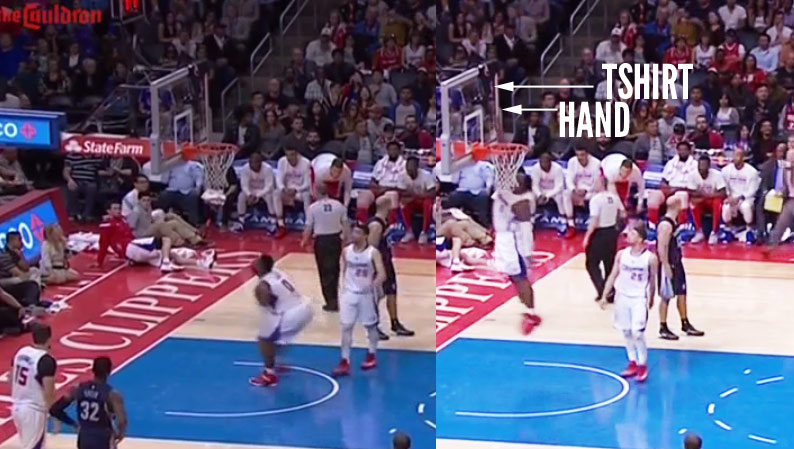 TOP OF THE BACKBOARD MYTH

If you don’t know the story about Manigault, the 6 footer nicknamed The Goat could “make change” off the top of the backboard which stands at 13 feet. Well, not only was that a myth but it’s a mistaken identity myth that even Earl admitted while filming the movie “Rebound.”   The man the myth is about is actually Jumping Jackie Jackson not the Goat but the producers of the movie and everybody else liked the version with Earl better.

Then there’s the story that David “Skywalker” Thompson could “make change.”   David wont deny the story but his ex teammate Kiki Vandeweghe once said that he doesn’t believe David or any other man could pull that off.

I agree although Dwight Howard once disagreed.

When ESPN tried to setup a time to document this miracle with Dwight and the Magic it never happened. But Dwight did show he could get up pretty high when he slapped this sticker on a backboard during a NBA dunk contest.