Wow this is like finding an easter egg on a DVD, later discovering a post-credit scene existed in a film you have already seen or learning about all those hidden connections in Pixar or Tarantino movies.

Back on Christmas, the NBA YouTube channel released a video called “Dwyane Wade Duels with LeBron James in Return to Miami” and today a Reddit user realized that if you listen really carefully to the dialogue between LeBron and Wade during the annotation screen at the end you can hear LeBron saying this:

“Like I said, if we aren’t better this year, we’re gonna re-unite again and do some bigger and better things, alright?”

Combine this with yesterday’s article in Cleveland.com about LeBron not hestiating to take his talents somewhere else if “his hand is forced” and you have all the makings of a big dramatic sequel.

This is more exciting than when I heard Tupac say “Suge Shot me” at the beginning of “Bomb First.”

UPDATE: LEBRON COMMENTS ON VIDEO (not the 2pac one) 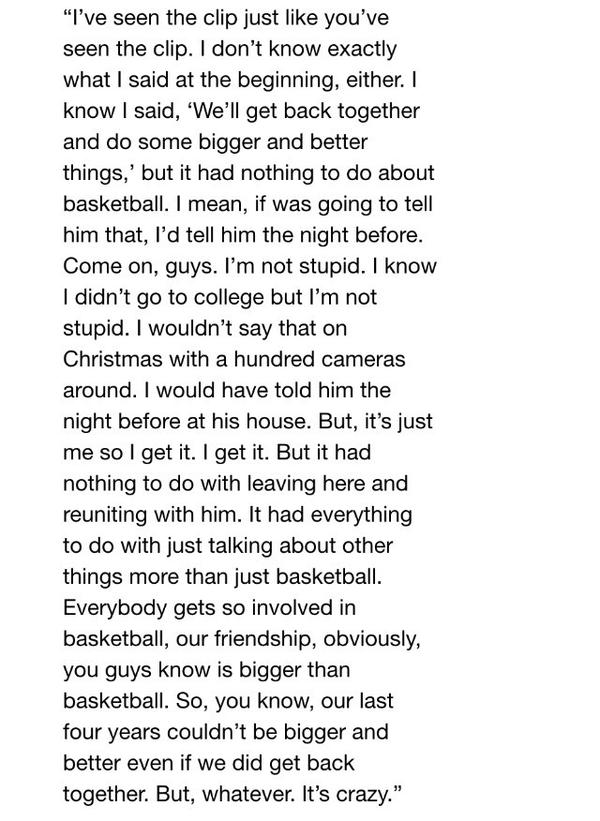