After missing 8 of his 9 shots in his OKC debut, Dion Waiters came off the bench on Friday night and scored 15 points, including a big 4th quarter 3, in his OKC home debut. He connected on 7 of 14 shots and also had a game-high 4 steals.

After the game Waiters talked about the excitement of being on the floor with Kevin Durant.

“The first time he (Durant) found me, I was too excited,” Waiters said. “I was too open. I wanted to hit it real bad, and I kind of rushed it and was all off balance. When we came out of the timeout, he just said, `Be ready, it’s going to come around again.”

He also talked about the difference between playing in OKC compared to Cleveland.

“It’s a lot different,” he said. “I’m able to play. I don’t got to look over my shoulder, anything like that, if I make a mistake. Coaches tell me to play, be aggressive. Be me. Once you get told that, the game’s easy.” 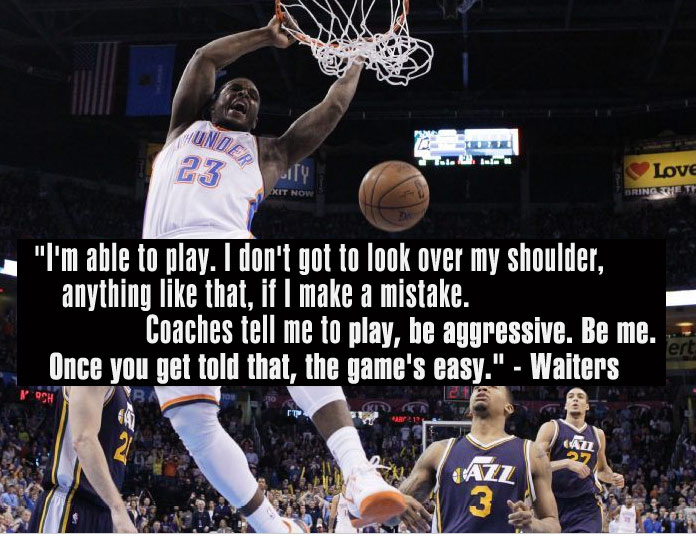