With 2.1 seconds left in Tuesday’s Lakers and Mavs game, Dirk Nowitzki hit a game-winning jumper over Julius Randle and received a good-jab pat on the butt. What makes this clip such video gold is the slap came from a member of the purple and gold: Kobe Bryant. Dirk turned around and gave Kobe a pat on the chest.

After the game, Dirk talked about Kobe trash-talking on the sidelines.

“I heard him talk some noise during the game, so that was fun,” Said Nowitzki, who scored 8 of his 13 points in the 4th quarter. “It was just fun competition down the stretch. … I’m not really a big trash-talker, but once I’m talked to, I’ll have some fun.”

Dirk also had some high praise for the injured Lakers star.

“He’s our Michael Jordan for my generation,” Nowitzki said of Bryant. “He’s one of the best to ever lace `em up, and it’s been a pleasure and an honor to compete against him basically almost my entire career.”

If Kobe would have laced up the sneakers on Tuesday, it would have been the 50th time the two greats faced off in the regular season. 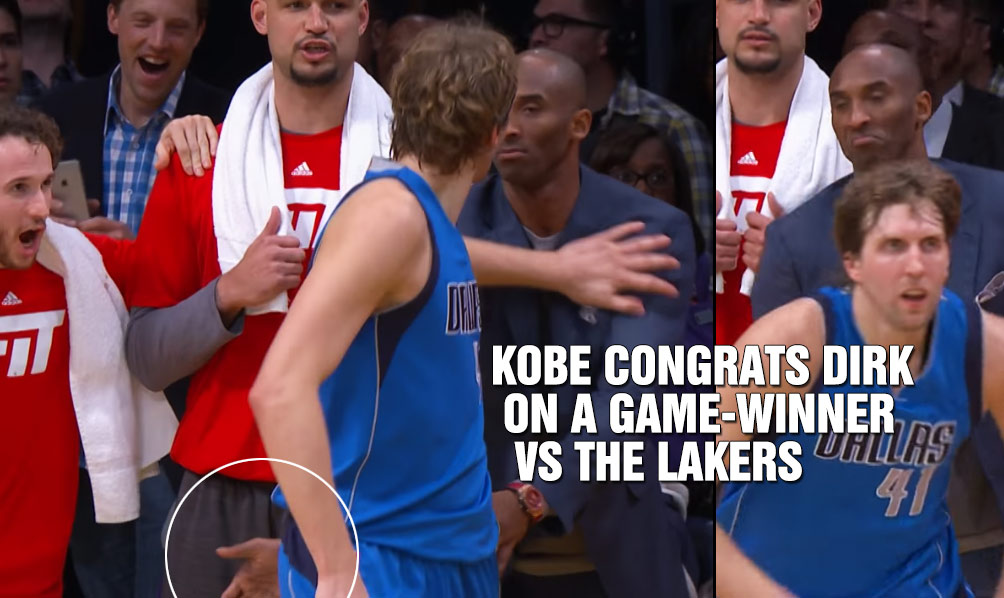