Here’s what Dirk Nowitzki did against the Clippers on Wednesday night: scored a season-high 31 points and grabbed 11 rebounds – putting him 15th on the career rebounding list.

Here’s what Dirk didn’t do in the win: give rookie Justin Anderson a high five when he was handing out high fives the way he was buckets in the faces of Blake Griffin and DeAndre Jordan.

I’m sure it wasn’t intentional (have you ever heard a single bad thing about Dirk from a teammate?), but you got to admit it was pretty funny, especially if you picture Justin with that Noah pissed at Snell look.

Over in Sacramento, DeMarcus Cousins left teammate Kosta Koufos hanging, but later apologized and sent a virtual high-five on Twitter. 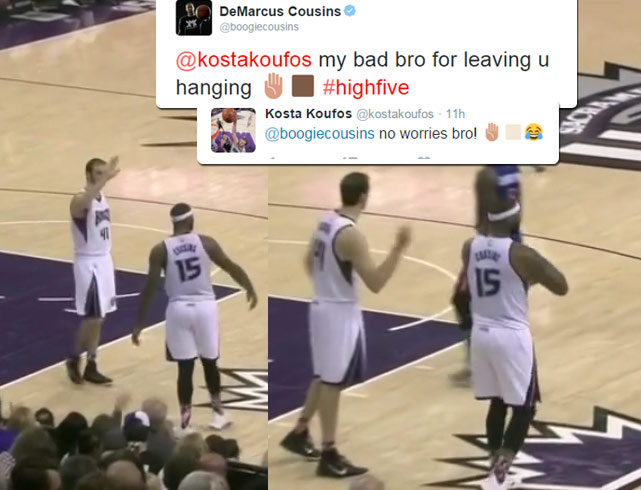 All jokes aside, Justin hasn’t missed a shot (7-7) in his last 2 games and has the potential to be a major contributor to the team.