Jimmy Butler’s reaction says it all. Actually, I’m not sure what it says but his Zoolander look is as awesome as his suit and almost as awesome as Doug McDermott jokingly saying he deserves an invite to next years’s dunk contest after throwing down a couple of dunks against the Wizards: the best dunk was obviously the poster on 1/2 of the angry Morris Twins.

So what happens next year: Zach LaVine 3peats, Gordon gets his revenge or McDermott shocks the world?

McDermott on his dunks: "Jimmy said it was good for a white boy." 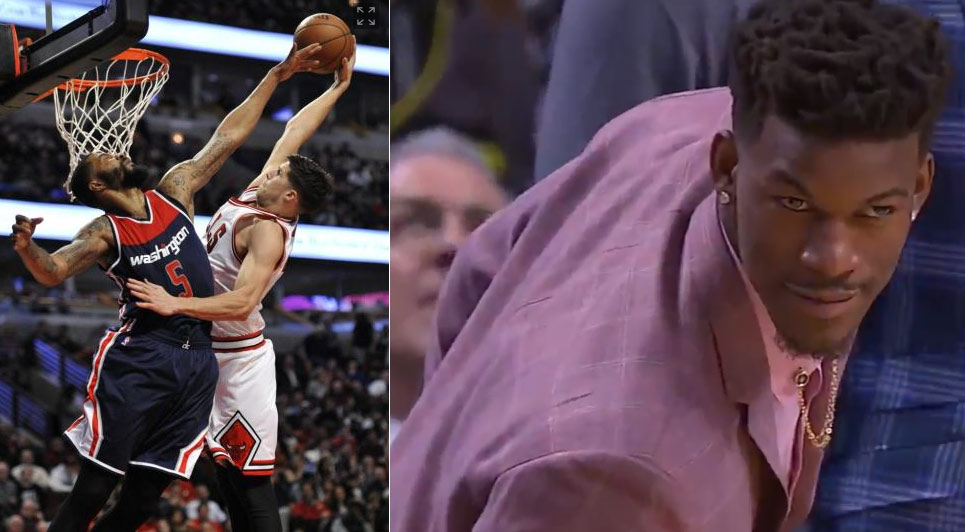