Like any host of any award show, Drake had some jokes that hit and some that flopped. One of them that got laughs from the audience of the first annual NBA Awards show was when he said, “Draymond Green stopped kicking people in the groin and moved on to something much worse, his own podcast. It’s a tough listen. It’s a tough listen.”

After a shot of Green shaking his head and a long pause, Drake took a shot at LeBron with a joke about him going bald.

“LeBron James recently went bald and social media went…Oh sorry, this is a joke from 2007.”

Green looked much happier (and pretty ridiculous in a suit with shorts) when he later accepted the award for Defensive Player Of The Year. 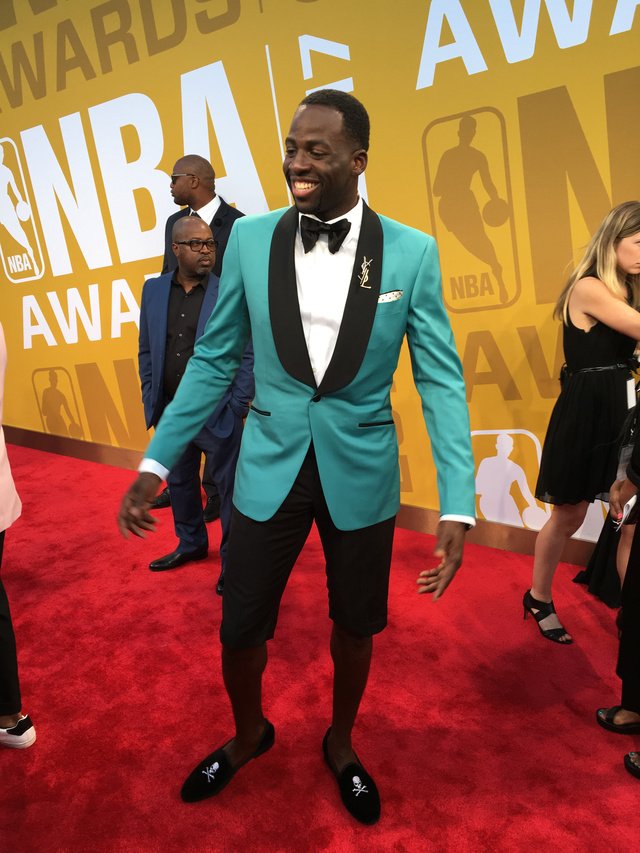 Speaking of pants and getting roasted, here’s a video from earlier in the season of Green roasting Drake for wearing “small pants.”