Draymond Green went a couple of rounds with Conor McGregor this past weekend and took an L. Lucky for Green, those rounds were on social media and the exchanged jabs were just verbal ones.

The following graphic shows the message along with McGregor and Green’s replies to each other. 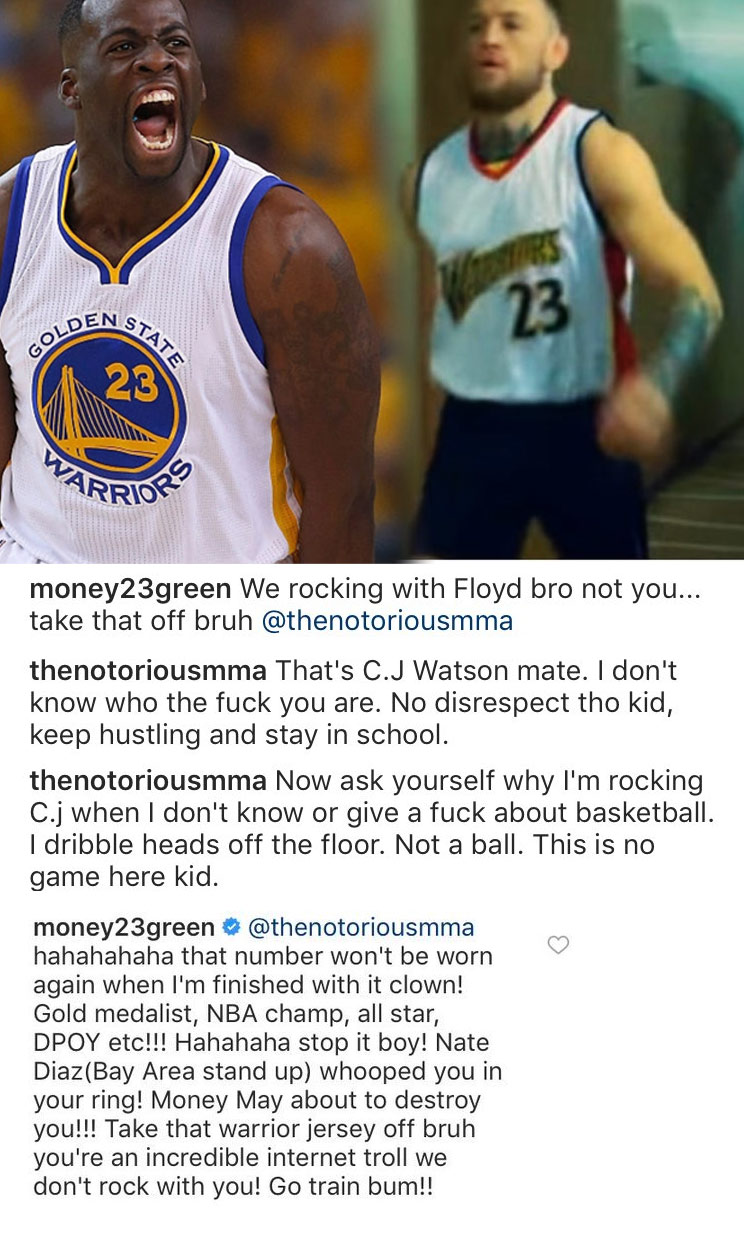 If you don’t know why he’s rocking a CJ Watson jersey, it’s because back in 2012, Mayweather was sentenced to 90 days in jail for physically assaulting the mother of his three children, Josie Harris, when he suspected she was sleeping with the former Warriors guard.

I’m assuming Green will stay silent after the last reply and avoid a TKO. But if Mayweather wins, I’m sure you will see Green trying to kick (no pun intended) McGregor while he’s down.

Speaking of Watson and fights, this is a good time for me to bring up the time he and Nate Robinson got into it and the time LeBron almost knocked him out with a screen.