Earlier in the season, Jerry West called Draymond Green the “most underrated player in the NBA, period” and said “if he’s not a top 10 player in this league, I don’t know who is.”  Despite Green putting up back-to-back triple doubles after that statement, a lot of people disagreed with The Logo. On Monday, Green had 13 points (5 of 8 shooting), 15 rebounds and 10 assists and became the first Warrior since Tom Gola in 1960 to record 3 straight triple doubles.

“He’s playing at a very, very high level,” Curry said. “His consistency is just off the charts. … It’s amazing how he can impact the game.”

It was only fitting that Green would get his 10th assist on a Steph Curry shot.

“Oh man, it was hard to come by,” Green said of the final assist. “When you start looking for it, it’s impossible to get.” 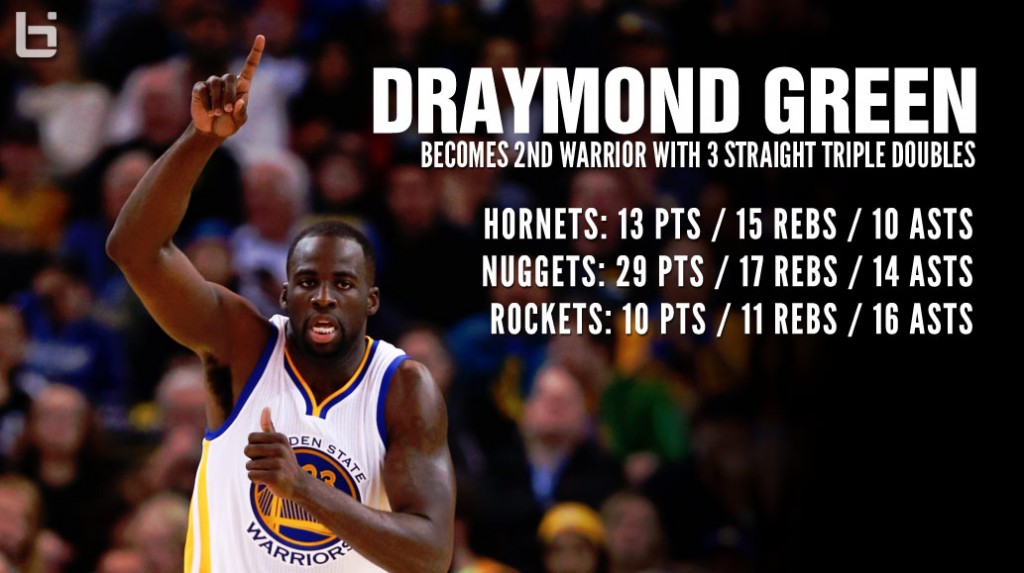