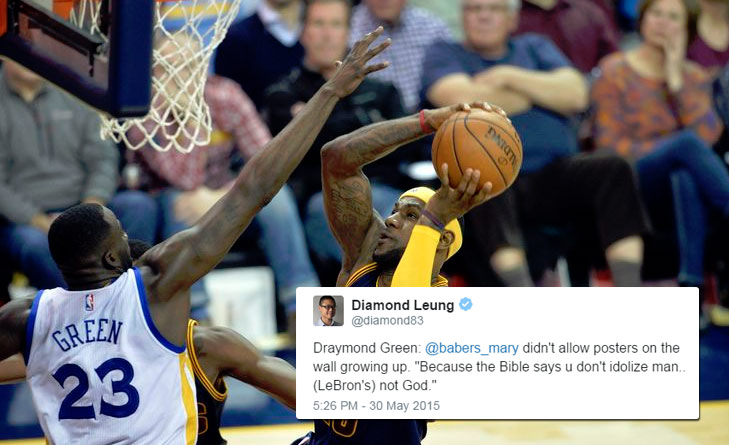 Don’t tell the thousands of LeBron Megalomaniacs on the internet who go psycho on every person who criticizes or cracks a joke about their King that the King is “not God” or even the GOAT.  Yes he’s a 2x NBA champion who is making his 5th straight NBA finals appearance and a 4 x MVP and 11 x All-Star but as 2015 All-Defense First Teamer Draymond Green pointed out – he’s “not God.”  For that reason, LeBron never graced the walls of a younger Draymond’s room but I don’t think that’s the only reason.

The man who will probably have to spend the most time guarding LeBron for the next week or so wasn’t the biggest fan of James back when Green was in college and LeBron was still looking for his first championship ring.

Via Iah725 via Deadspin 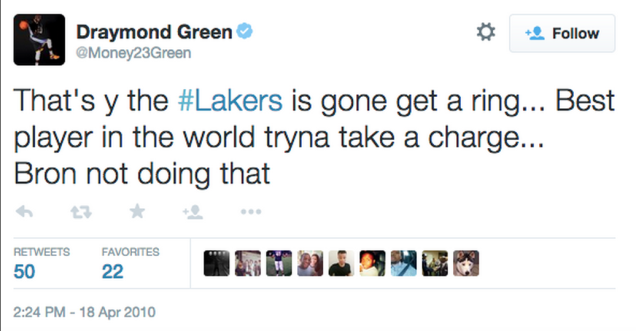 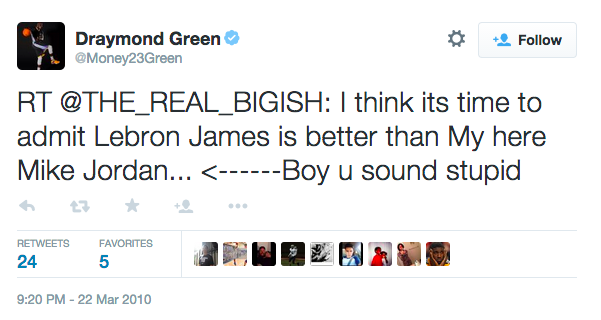 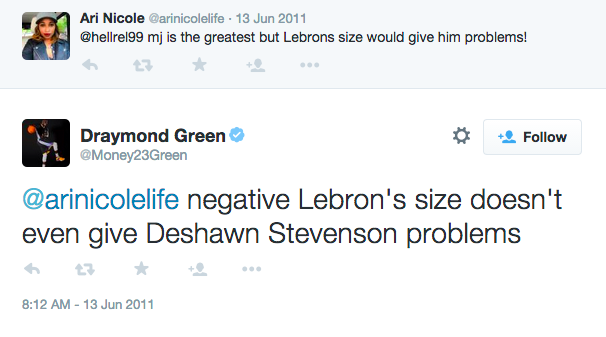