Last year, the NBA & TNT put out what I consider one of the best commercials ever. It was called “Forever” and featured spliced-together footage of past and present players to the music of Drew Holcomb & The Neighbors. There’s a moment in the emotional video that stood out for a lot of people, including myself, and that’s when they showed a shot of the late great Drazen Petrovic. This inspired a fan to create an awesome tribute to Drazen, using this song and opening it with Reggie Miller saying Petro was the greatest shooter of all-time.

Younger people often accuse older people of exaggerating on how good things and players were in the “good ole days” and that’s often true. But when it comes to “The Mozart of Basketball,” not many people are overexaggerating and/or overrating him when talking about his the path of greatness he was on and what we didn’t get to see because of his unfortunate passing.

What isn’t talked about as much, is the potential of that early 90s New Jersey Nets team. There was a point when many, myself included, felt Kenny Anderson and Derrick Coleman would be right up there with Stockton and Malone (yeah, I said it), Penny and Shaq and Payton and Kemp. And with one of the top shooters in the league in Drazen, underrated (yes, I said it too) bigman Sam Bowie and underrated (yep) high-flying Chris Morris, the Nets were going to be a championship contender for years to come. Well, that potential turned more into a fantasy — some would say nightmare — most people will gladly forget. But, the reality of Drazen’s greatness and importance to the league is something that should live forever.

Even the current player many consider the greatest shooter of all-time honored Petro by donating one of his finals jerseys to the Drazen museum. 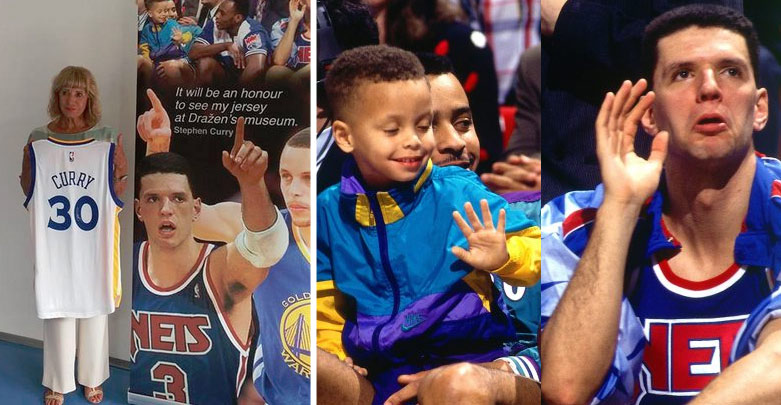