Led by possible one and doners Jahlil Okafor and MOP Tyus Jones, Duke outscored Wisconsin by 14 points in the final 13 minutes to give Duke a 68-63 victory on Monday night.

“I don’t know how you can be any better than we were down the stretch,” said Coach Krzyzewski, who won his fifth championship, moving him past Adolph Rupp and behind only John Wooden and his 10 wins.

Former high school dunk contest champion Grayson Allen also stepped up big and scored 12 more than his average with 16 big points – including a stretch of 8 straight.

“It was heaven,” said Coach K. “It was really divine.” 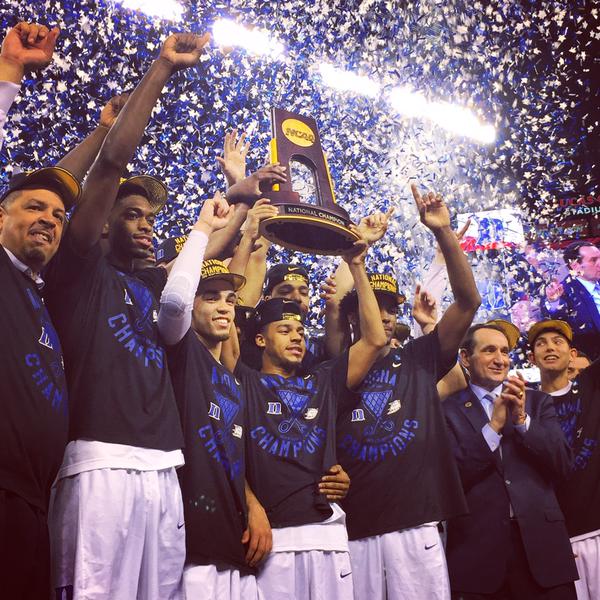