I’ve seen a lot of great dunks at the Drew League – from DeMar DeRozan to Kwame Alexander to Paul George – and on Sunday, former Colorado and current Legacy guard Shannon Sharpe threw down a dunk so great, it passed Tim Trew’s poster on Pooh Jeter (video at bottom of post) from half a decade ago on my list of best Drew dunks of all-time!

The dunk of the day/summer/year reminds me of two of Shawn Kemp’s most memorable dunks combined. The first being when Chris (is he still in jail?) Gatling swatted a shot by Nate McMillan, Kemp picked up the ball and dunked so hard on Gatling, Gatling actually gave Kemp some props with a handshake.

But in Sharpe’s video, no props were given by the defender because he ended up on the ground the way Alton Lister did in 1992 when the “Lister Blister” was performed. And instead of Sharpe getting low and pointing at Lister’s lifeless body, he had a teammate do the disrespecting. 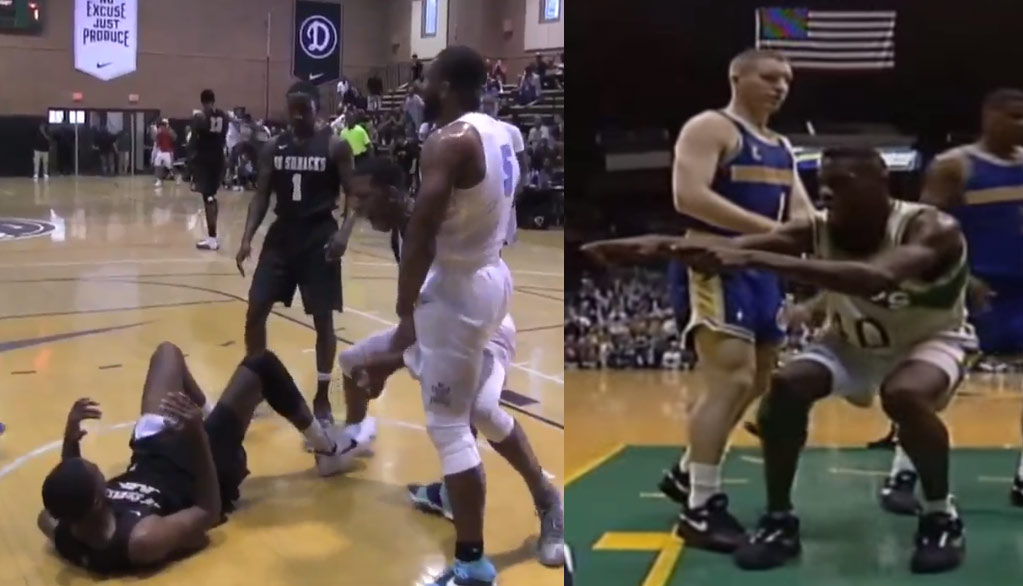