You know the saying “Fool me once, shame on you; fool me twice, shame on me?” Shame on this cameraman at the BBL All Star Game for being dumb enough to get hit a second time after taking a knee to the face by this non-jumping dude, who somehow thought the dunk fails were amusing.

Besides the embarrassment, the cameraman also ended up with a bloody face and a black eye for his efforts.

UPDATE: Turns out the cameraman is actually a teammate dressed as a cameraman. 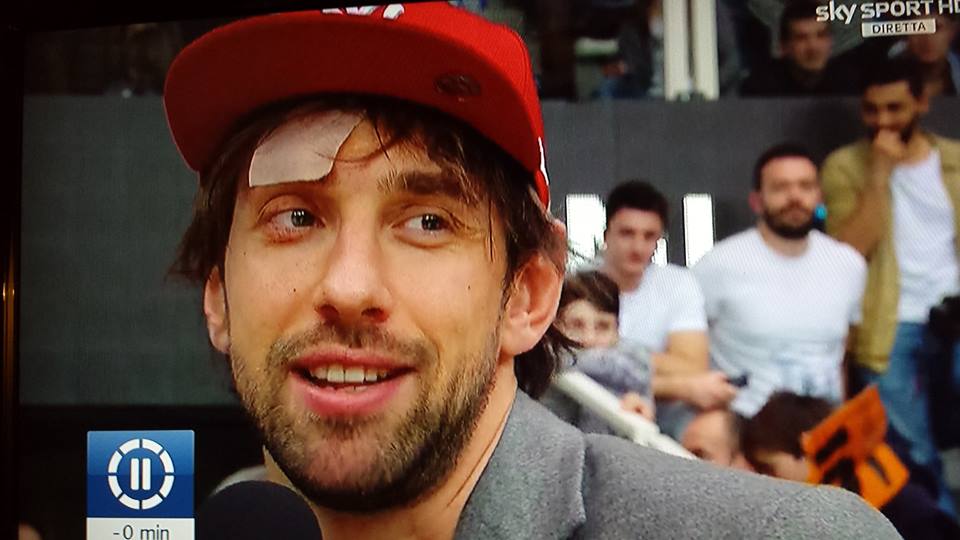 DUNKING OVER A CAMERA MAN

Although it might seem like a good idea, the footage and photos from the POV of the person being jumped over, never turns out that great – believe me, I’ve had some of the best dunkers in the world do it and the footage wasn’t anything to brag about.  You can also check out David Wesley’s footage (3:06 mark) from the time Baron Davis jumped over him during the 2001 NBA dunk contest.

But if you still want to see for yourself, make sure you have a NBA player with hops or a professional dunker jumping over you, not guys in jeans or even athletic NFL players.