Where to watch the NBA Finals: Hooters or Twin Peaks?

I’m sure Hooters was expecting to see a few intoxicated customers try to do their best Vince Carter impersonation on the 9 foot rims. What they weren’t ready for was my friend – 5’10 dunk sensation Sir Issac – to start jumping over Hooters’ girls and hitting his head on the rim. 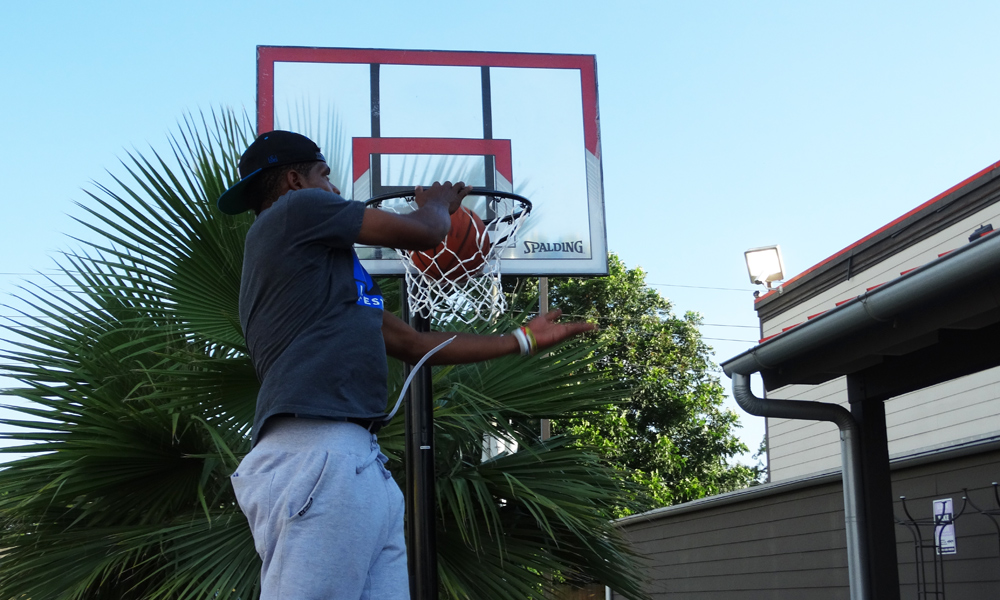 Yeah….dunking on 9 foot goal for a guy who jumps over 7 footers in pro dunk contests and has won the Houston Rockets Blacktop Battle Dunk Contest for the past 4 years wasn’t much of a challenge.  The challenge for Issac was to not break the backboard.  Every time he dunked, the backboard would fall back down to 8 foot.

So to make things more interesting and increase my chances of getting some phone numbers, we started asking the hottest women there if they wanted to be a prop.

First we used one of the 610 Sports Radio girls. Reverse dunk. Between the legs dunks and…..did Issac just crash into former Rocket Moochie Norris who was trying to take a selfie (video proof above)? Anyways, windmill dunk. No phone number. 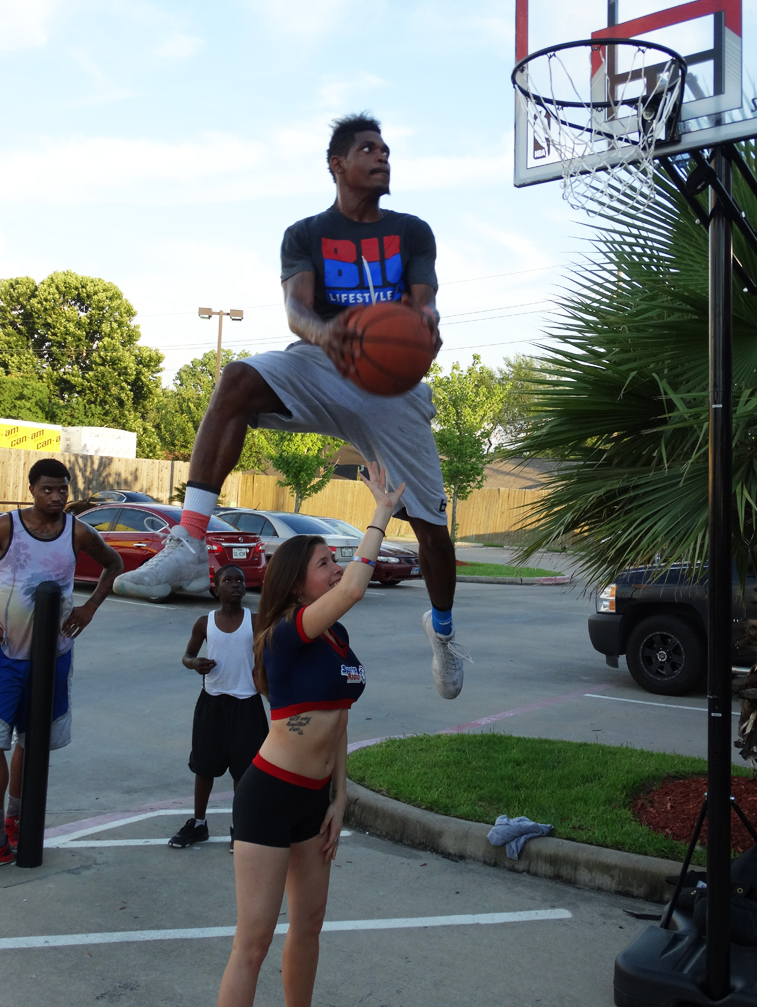 Then the 6’5 owner of the Fill N Kill app wanted to see if Issac could clear him. 2 hand dunk. Too easy.

Then we found the very lovely Hooters girls, Olivia and Tayler, who didn’t mind being props. 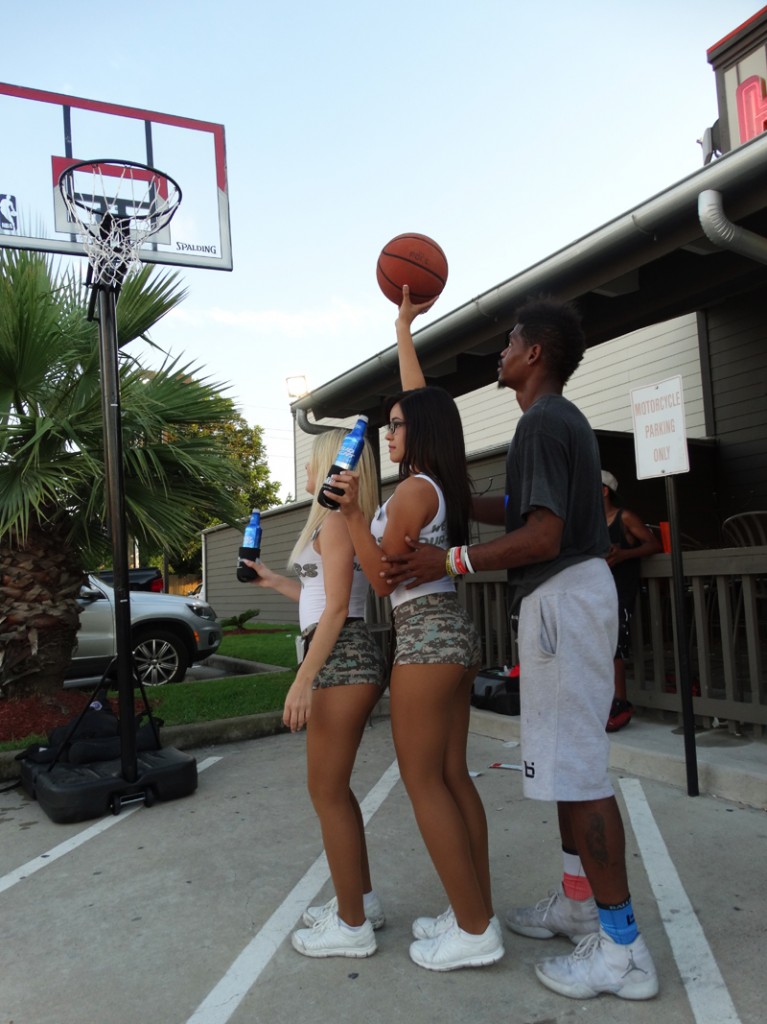 After Issac spent longer than usual adjusting the position of the girls who were going to hold his ball in one hand and a long bottle in the other, Issac took a few steps back, enjoyed the sight and then jumped over the girls with ease. 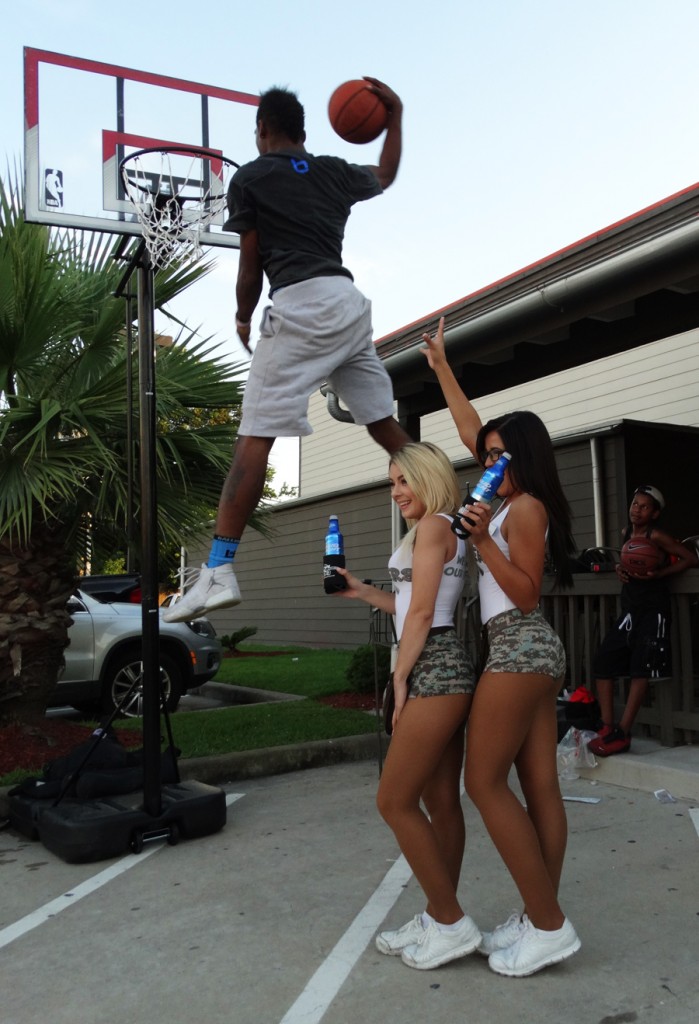 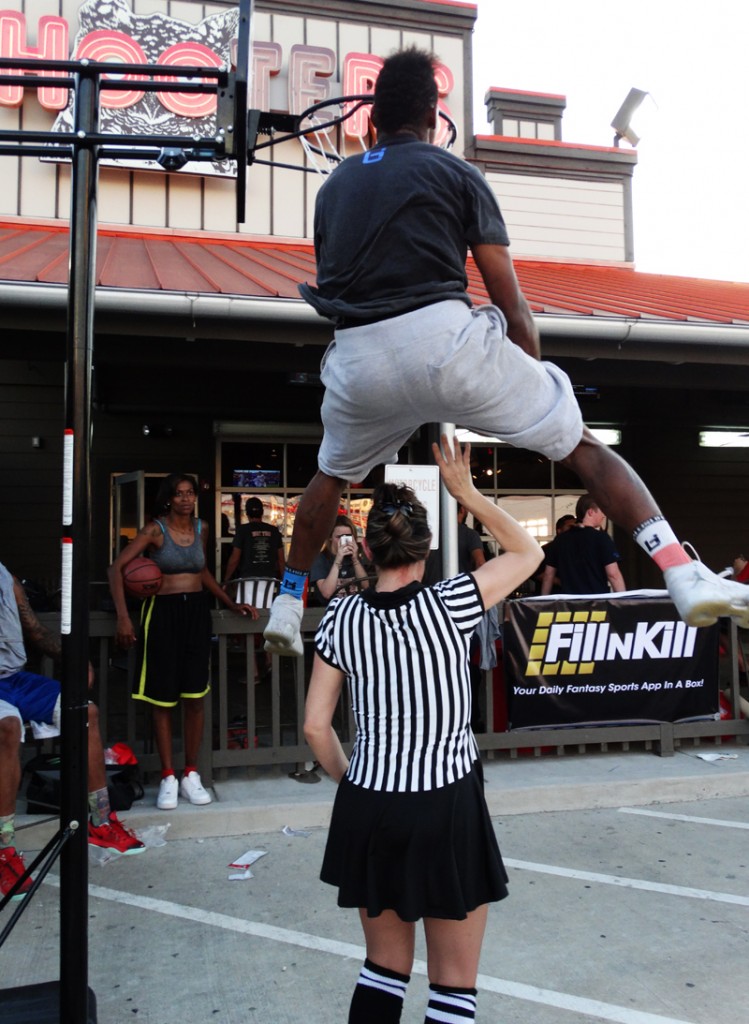 Then it was time for some wings, but just for kicks we wanted to see if Issac’s wings would take him high enough to dunk on a 11 foot goal.  On his first attempt he dunked it with ease.

As for those numbers. I got them….only because I was taking pics and the girls wanted a copy. Oh well, for this LeBron fan, the night ended with more satisfying numbers: 40, 12, 8, 4 & 2 in GM3. 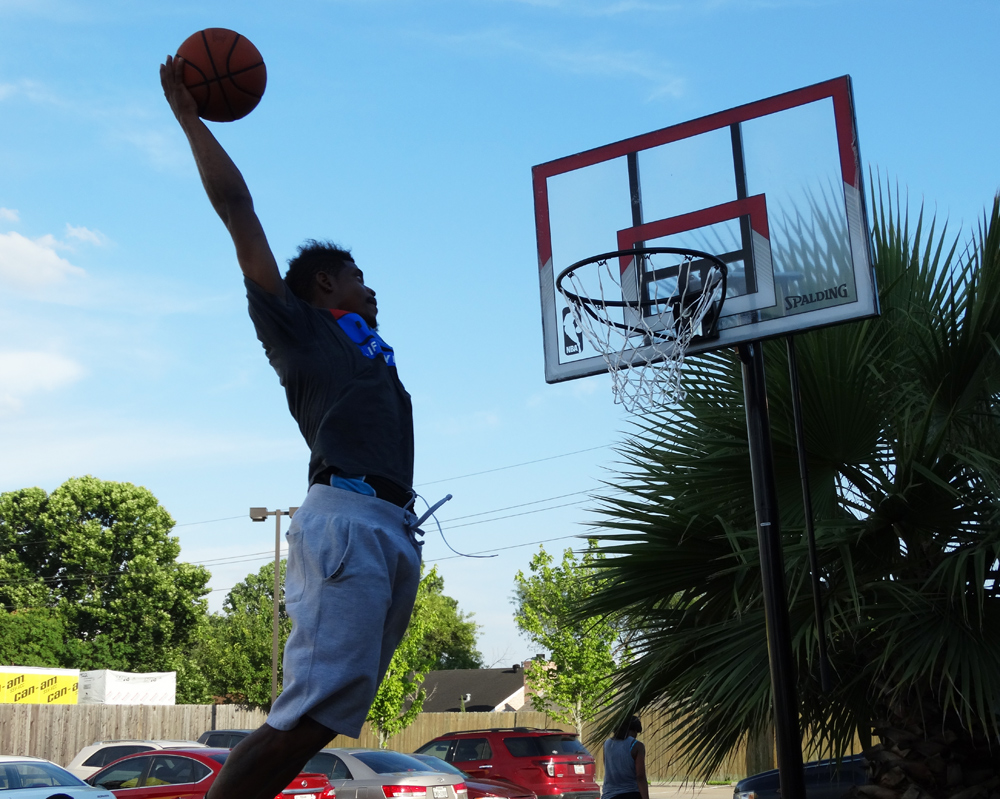