Kobe Bryant had his first dunk of his final season on Thursday and it was a memorable one.  During the 3rd quarter of the Lakers loss to the Rockets, the 37 year old Bryant threw down a 1-hand dunk on 6’9 21 year old Clint Capela. The dunk caused the Lakers crowd and bench to erupt and put a big smile on the face of ex-teammate Dwight Howard.

The dunk Howard is referring to happened back in 2004 when Dwight was a rookie for the Orlando Magic.

“I didn’t think he had enough legs to do it, but it’s pretty cool.” Howard added. “We got to see the old guy still has the legs a little bit.”

Legs Clint Capela didn’t know Bryant still had, “I was expecting a layup, so I didn’t jump.”

Besides the dunk and despite the 20 point loss, Kobe had a pretty decent performance: 22 points on 9 of 16 shooting to go with 8 rebounds and 3 assists in 32 minutes.

”My legs felt lively and they felt springy,” Bryant said. ”I don’t know where it came from, but it was there. I can’t really explain it. I feel like I can maintain this, but it’s always a give-and-take with Father Time. Sometimes he lets me lead the way, and sometimes he leads the way, so you just kind of roll with it. It’s a good idea not to mock Father Time. So I’ll just say that as long as he lets me lead the way, I’m cool with that.” 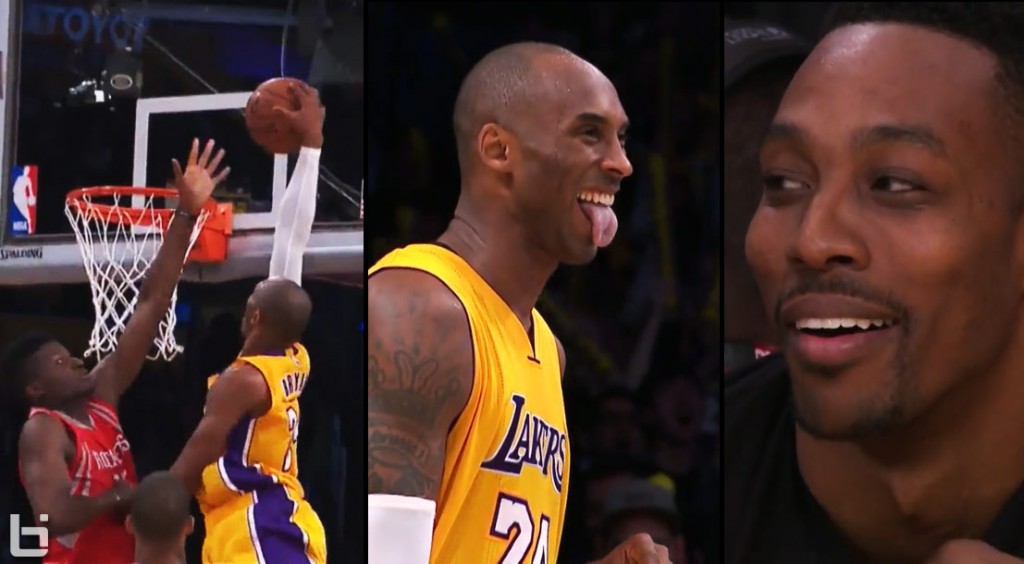 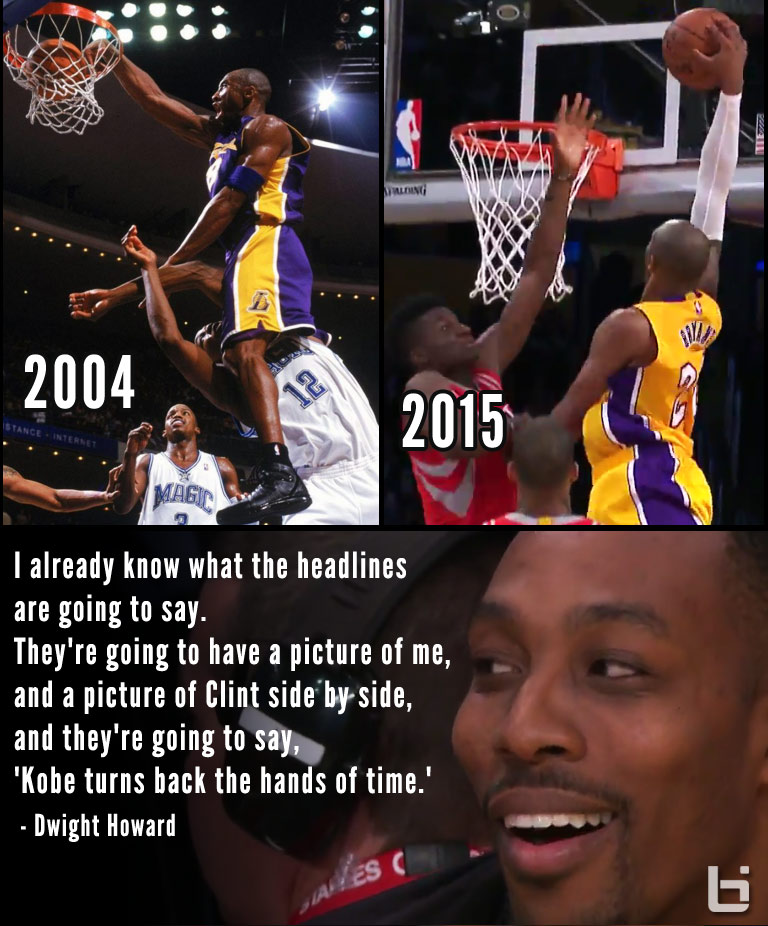