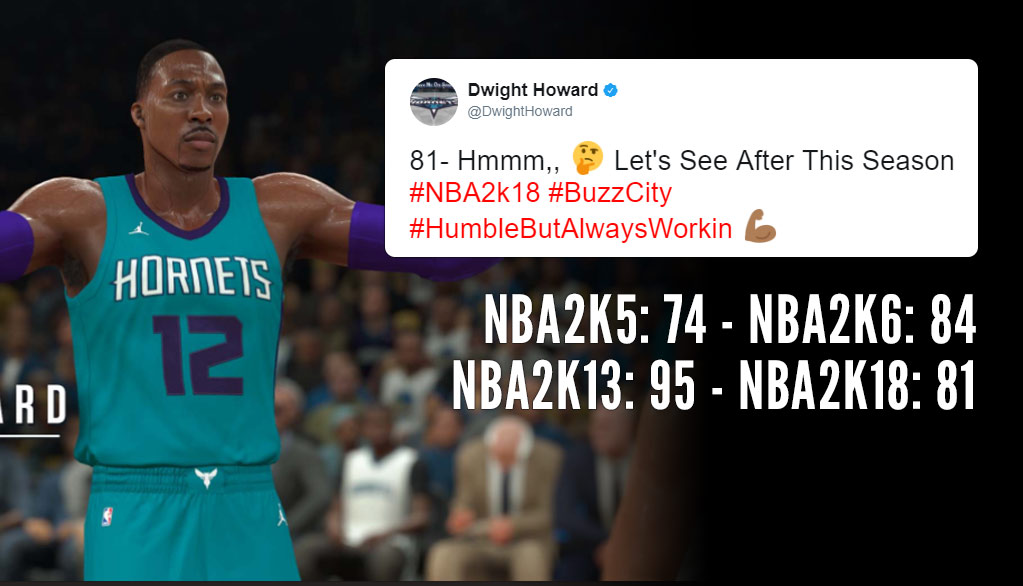 Another round of NBA2K18 ratings came out on Monday, including the Warriors Kevin Durant (96), Steph Curry (94) and Nick Young (74). Young, who has been killing the Drew League competition over the past couple of weeks, jokingly tweeted, “I should be a 99 but I guess 74 is good for now until the season starts #ThisSomeBull #LOL.”

Another person who thought his 2K ratings was too low was new Hornet Dwight Howard, who seriously tweeted, “81-Hmmmm, let’s see after this season #HumbleButAlwaysWorkin” after seeing his rating of 81.

As expected, a bunch of fans laughed at his response and told the former 8 x All-NBA player his rating was too high. Surprisingly, Howard didn’t fire back at anybody but he did like this tweet, “All I see is people hating on this man when at the end of the day y’all need to realize he a better player than all of y’all trolls.”

In case you were wondering how his current rating compares to his past years, it’s two points below his final year in Houston, five points less than his second season in the league and 14 less than his first season with the Lakers!