It’s been 3 and half years since Linsanity and although Jeremy Lin’s popularity has dropped since leaving New York…and Houston…and LA, he’s just as funny now as he was before he became a household name in 2012.  In his latest video, the new Charlotte Hornet, with the help of a bunch of NBA friends and former teammates, hilariously shows us “How to Fit in the NBA.”

As amusing as the scenes are with Tyson Chandler, Dwight, DeAndre Jordan, Kemba Walker and Steph Curry, the part which is most likely to be talked about the most is at the end when Lin, Steph and daughter Riley do the whip and nae nae. 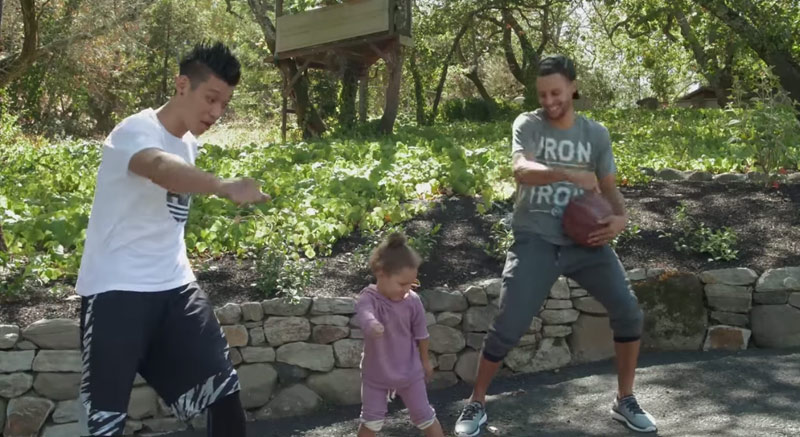