“I’m not going to act like I planned that,” Wade said of an amazing behind the back pass/inbound save to Dragic in the 3rd quarter. “It was kind of nice, though. I wish he could have got the finish, but I had no idea. I surprised myself. I was like, `Oh, that was nice.’ That was luck. That was luck, guys. Kids, don’t try that at home.”

Dragic’s shot ended up getting blocked by JR Smith and Wade tried to make another great save but ended up stepping out of bounds.

He also stepped all over the Cavs’ defense and put up 32 points and 5 steals in a win against his former Heatles running mate.

“He was vintage,” Spoelstra said.

Wade is now 11-13 against LeBron in head to head matchups. 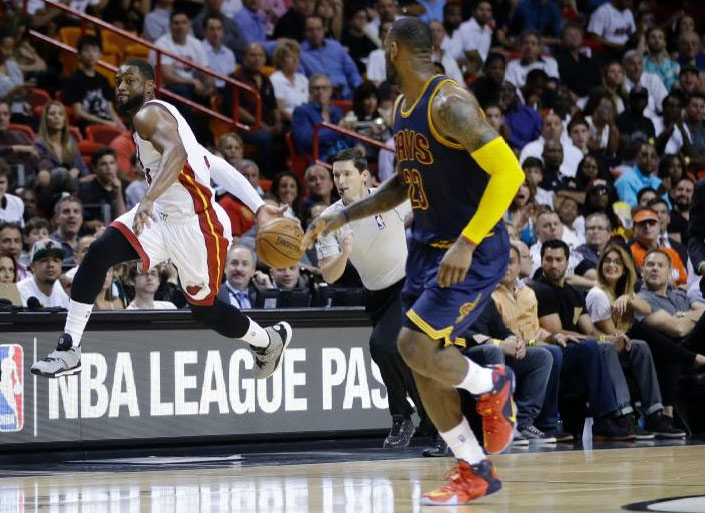