While Dwyane Wade’s reps tease the San Antonio Spurs and Dallas Mavs with phone calls, Wade was having some fun with his sexy 43 year old (!!!!) wife Gabrielle Union, former (future again?) teammate LeBron James and (Dad from the Hoopers) Chris Paul on a yacht trip around Mallorca.

To celebrate their vacation, the big 3 of the sea even created a snapchat filter referencing the hilarious 2015 viral photo of Gabby, Wade, CP3 and LeBron on a banana boat and featuring Team USA player Carmelo Anthony. 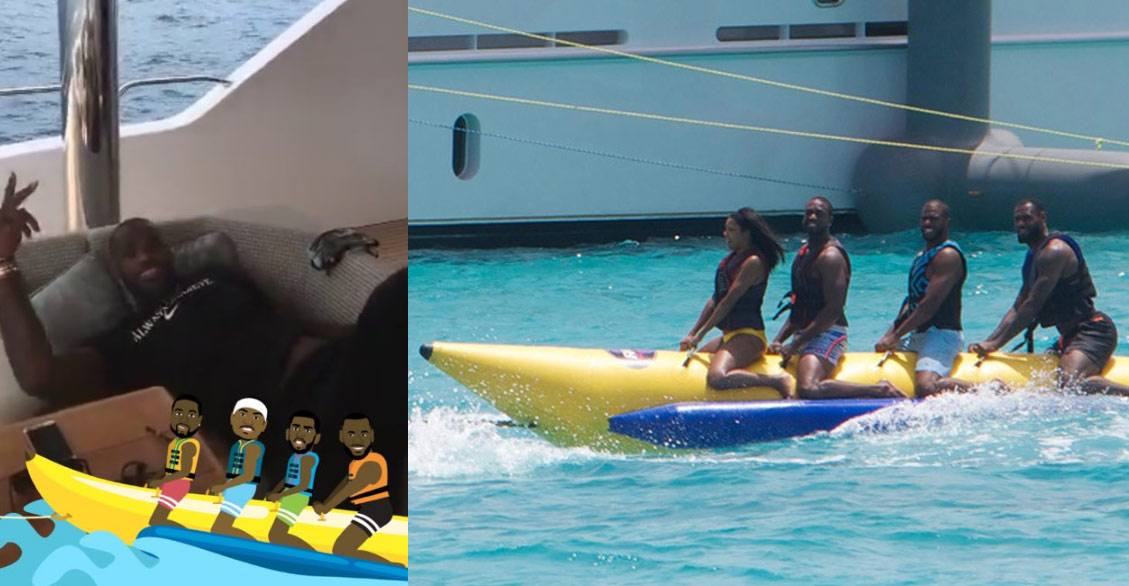 Wade’s snapchat also included some amusing moments such as a Michael Jackson tribute and his wife getting more freaky than a pic of 3 guys and a girl riding a big banana.