#fbf Besides spelling retiring wrong haha..I knew what journey in life I wanted to be on. I didn’t know how I would get there but I had the vision and the dream. #lookinglikezaire #meat18yearsold #allergictono #myschoolstillgotmynamewrongafter4years

It’s always fun to see high school yearbook photos of current NBA stars, especially if the star was featured on any “most likely to” pages.

As for Dwyane Wade, he wasn’t voted “most likely to be on a Wheaties Box” like Gilbert Arenas was, but he did pretty accurately predict his future as a NBA star and family man in the above yearbook photo. He also showed he wasn’t the greatest speller by misspelling retiring. You would have thought the yearboook staff would have corrected the spelling error but they also misspelled his first name.

One person (besides me: Astramskas) who can relate to Wade having his name misspelled in a yearbook is his former teammate LeBron James.  Not only did his school write “LaBron James” in his 8th grade yearbook, they also put the wrong person in the box! If that wasn’t amusing enough, LeBron wasn’t a good enough athlete back then to win “most athletic” – congrats Virgil Robinson! 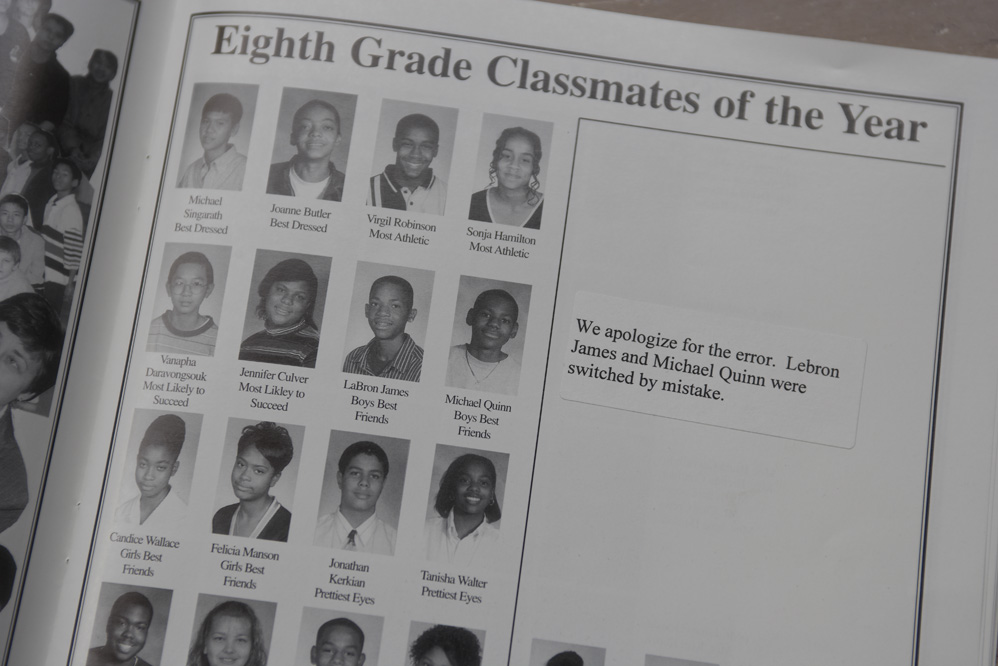