With a little less than two-minutes in the first half of the Spurs and Nuggets game, Coach Gregg Popovich was ejected for arguing a foul called on 9-fingered ginger Davis Bertans on the underrated and unstoppable Nikola Jokic (career-high 34 points) and telling referee Zach Zarba, “You’re a terrible referee.”

Since the ref was so terrible, Nuggets point guard Emmanuel Mudiay helped him out by hilariously ejecting the rage-filled Popovich.

After the Nuggets loss, Mudiay took to twitter to offer an unnecessary apology and to call Popovich a great coach. 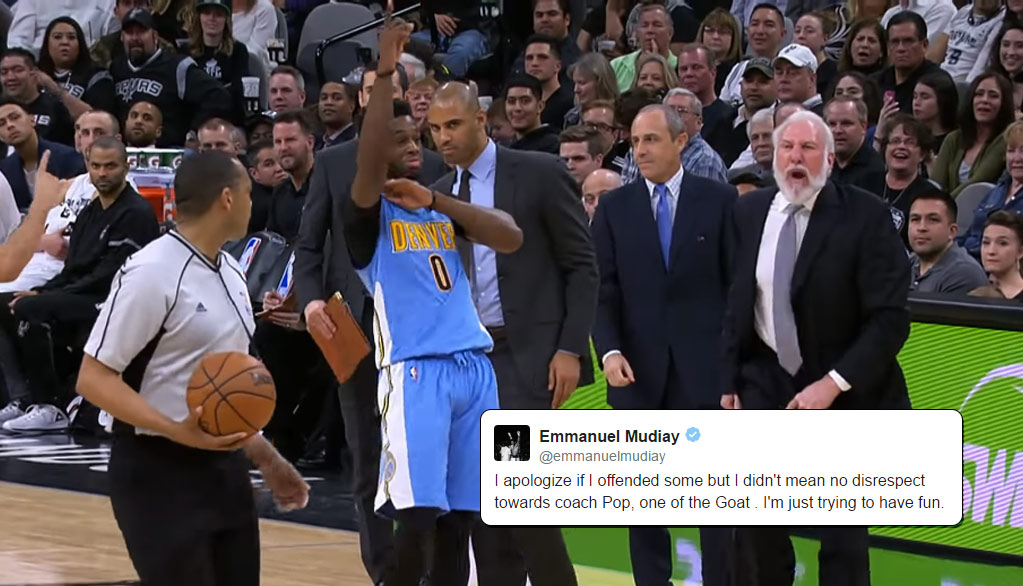