“Sometimes, you have days like this,” said Ilyasova after scoring a career-high 34 points against the Pacers.

17 of those 34 came in the first quarter where Ersan personally outscored the Pacers by 2.

“He was cooking,” Bucks coach Jason Kidd said. “He was aggressive, he took open shots, he just didn’t settle. He also put the ball on the floor. Everything that he shot pretty much went in.”

Pretty much, Ersan connected on 12 of 14 shots and was 5 of 6 from the 3-point line and free throw line in the Bucks victory.

Very few players have frustrated fantasy owners in the past few years more than the Bucks’ Ersan Illyasova.  Although most owners have given up drafting him high, I still remember owners drafting him as high as the 2nd round in fantasy drafts 2 years ago after he finished the 2012/13 season averaging close to 20 and 10 in the final month. A season where he put together this streak of 3 games.

Throw in a 24 points in 26 minutes performance, 18 rebounds here, 6 3-pointers there and you can see why fantasy owners were drooling over his potential and why last night didn’t shock me. And he’s also been hot of late with 4 double doubles and 6 games with 17+ points in the month of March.  Madness right? 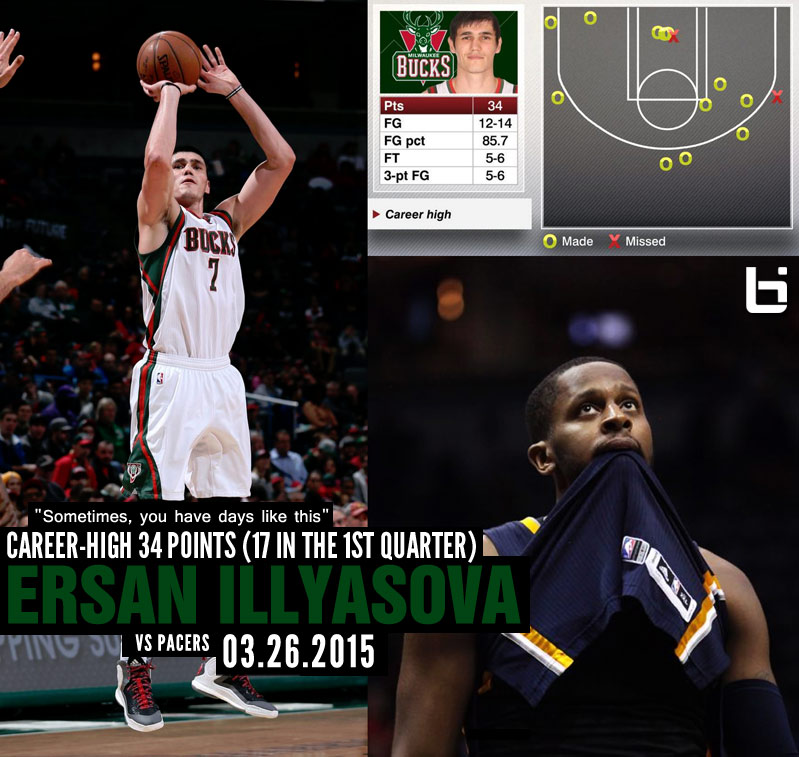