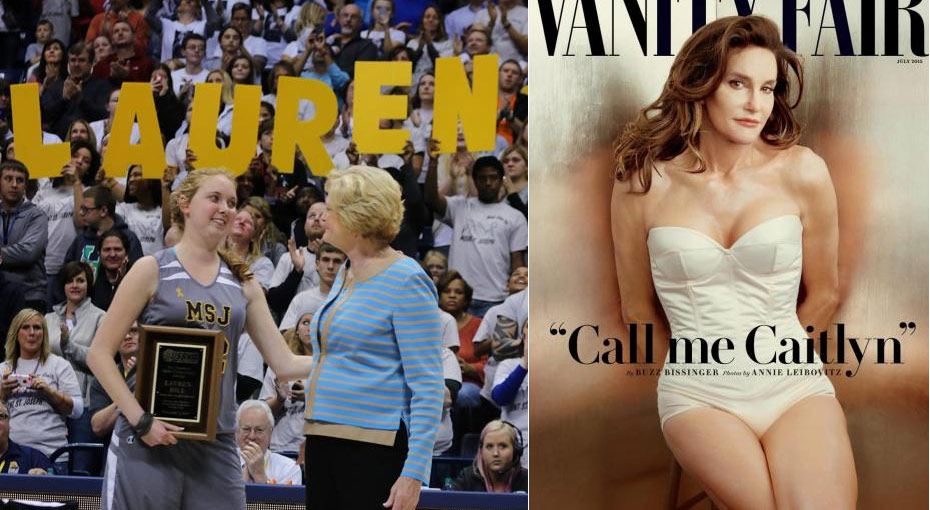 ESPN announced on Monday that the Caitlyn Jenner formerly known as Bruce Jenner, who was once known as one of the greatest athletes ever before becoming a household name for his role on the Kardashian “Reality” BS,  would receive the Arthur Ashe Courage Award next month for “showing courage to embrace the truth that she had hidden for years.”

The ESPYs announcement caused an uproar on social media because this meant ESPN really thinks Jenner deserves the recognition more than 19 year old Mount St. Joseph University freshman baller Lauren Hill who passed away from a brain tumor in April.

Jenner can have the award at the ESPYs next month because Arthur Ashe will be personally thanking Hill in heaven in front of past Arthur Ashe Award Winners Dean Smith and Jim Valvano.