Evan “Don’t Google” Fournier continued his great play on Wednesday when he scored a team-high 26 points and hit the game-winning 3 in OT vs the Wolves.

“Coach said we came out flat, no energy and played very, very soft,” Fournier said. “The bench did a great job and that’s the way we’ve got to play.”

If you are wondering why Victor Oladipo didn’t look too excited when Fournier hit the 3, it’s probably because he’s one of those starters that Coach Skiles was upset with. 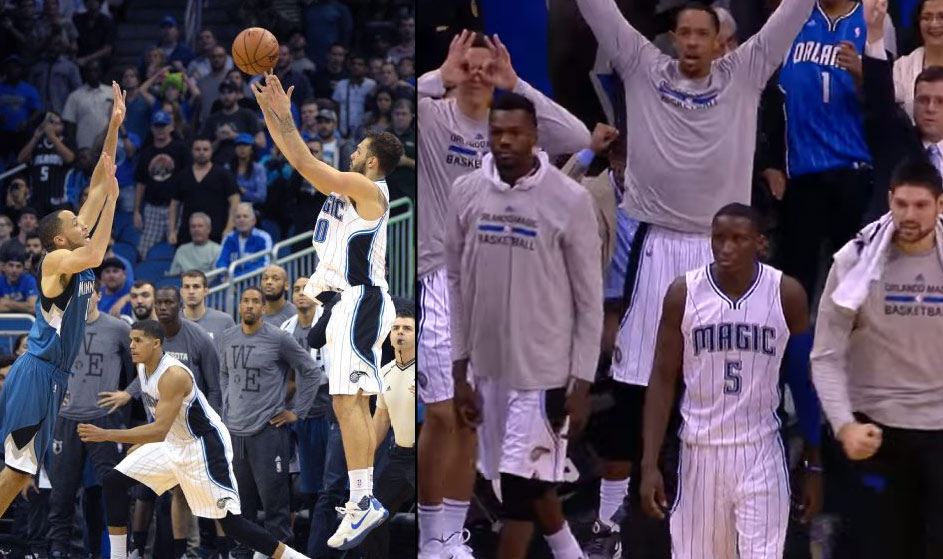 “I’m not trying to send messages,” Skiles said of the benchings. “I mean, I get a fairly sizable check every two weeks to win games. That’s what I’m trying to do. I felt like we got some good energy out of (backups).”

Although he couldn’t buy a bucket, Oladipo did have this nice chase-down block in the 2nd quarter.

And if you don’t the story behind Evan Fournier’s nickame “Don’t Google,” just take our word for it and don’t search just his last name and explore many images.