Remember Josh Childress – the 6th overall pick of the 2004 draft who had Atlanta fans thinking he and Josh Smith were going to turn the franchise around? Well that never happened but he did eventually become a champion and All-Star over in Greece.

The travelling man with the big afro is now playing in Australia for the Sydney Kings but after this elbow to the face of Jesse Wagstaff of the Perth Wildcats, Childress might want to get his passport out.  Then again, it’s the National Basketball League not the NBA, they might just give him a slap on the wrist and ask him to pull his checkbook out so they can take some of his sneaker spending money. 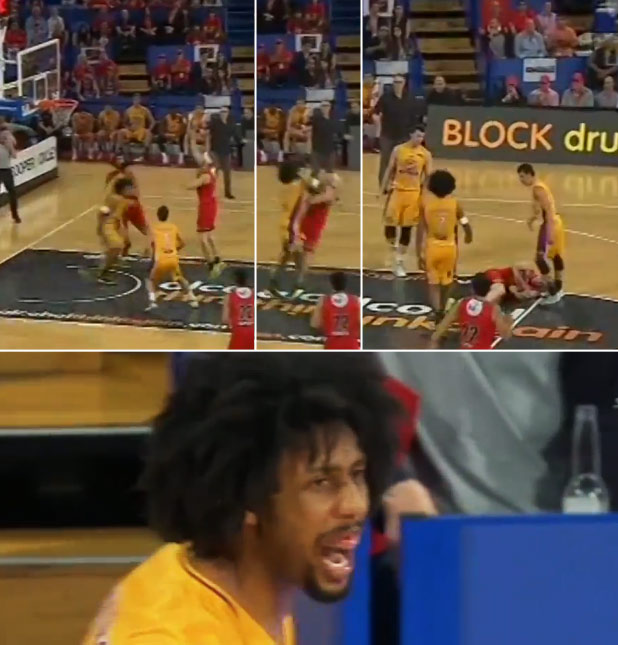