After a questionable foul was called on Paul George, he lightly punted the ball into the crowd and ended up giving a female fan an unexpected facial.  PG13 realized his actions was a mistake so he apologized and gave her hug afterwards (it’s the right thing to do guys).

After the game, George joked that his “soccer skills isn’t as good as he thought” and he meant to kick it against the stanchion (something George really hates).

The funniest thing about this incident was this reaction by a girl named @raquel_sadee on Twitter: “Paul George can kick a basketball in my face any day if he gone hug me and call me beautiful” 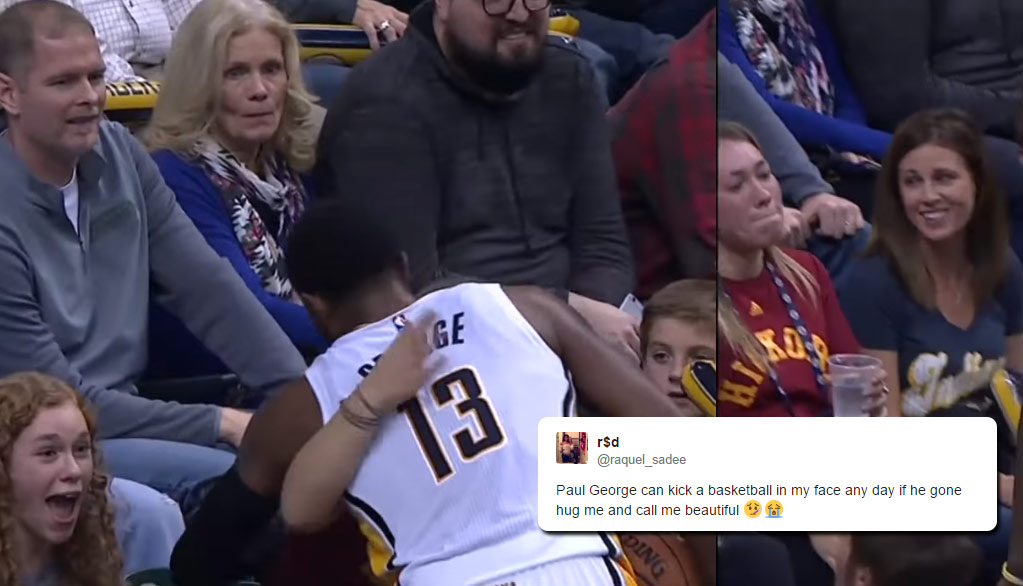