I guess it was contagious. It seems like everybody on or for the Lakers couldn’t miss a shot on Tuesday night. The Lakers made a season-high 17 3-pointers, behind six from Nick Young and D’Angelo Russell, and before the final quarter of the Lakers victory over the Grizzlies, 30-year old Lakers fan Jerald Acoba hit a half-court shot worth $95,000! Instead of running around the court like a chicken with his head cutoff, Acoba showed the swag of Swaggy P and then pulled out Russell’s “ice in the veins” celebration. Russell then came onto the court and did the celebration with him. 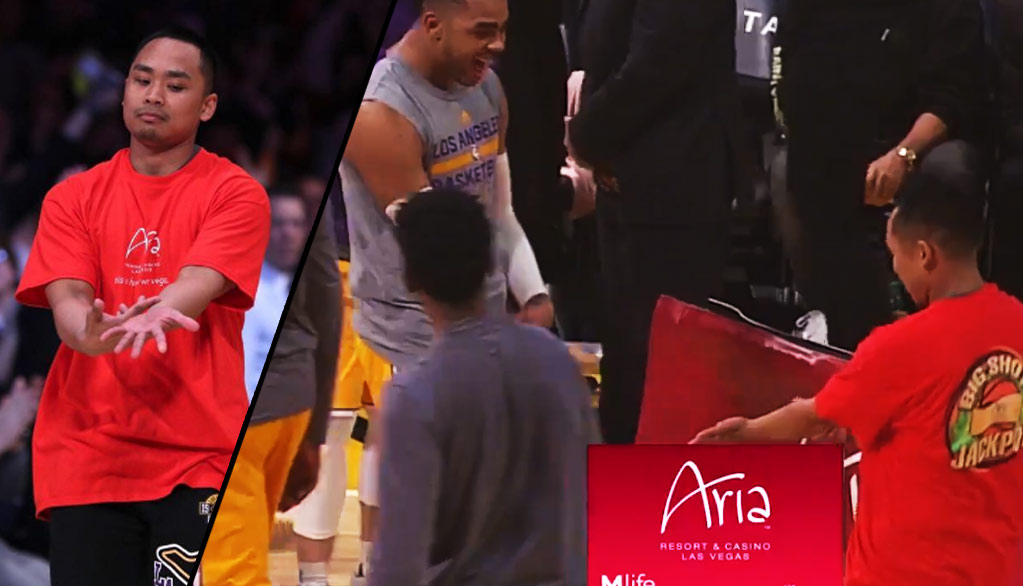 “It’s good to see a lot of fans keeping that ‘ice in the veins’ going,” Russell said after the game. “I appreciate everybody for that. That’s a lot of money, man. Take care of it.”

Acoba said he plans on buying his mom a new car with the money and with $90k, she can pretty much pick out whatever car in the lot she wants…unlike this Bucks fan who won $5k for making a half-court shot last month.