With GEICO Nationals off the board and nearly every school district around the country closing its campuses for the remainder of the 2019-20 school year, it’s safe to say all the games for the high school basketball season are in the books and it’s time to release the final FAB 50 Team Rankings powered by Ballislife.com. With no GEICO Nationals results to incorporate, the top of the FAB 50 is familiar and it’s no surprise Montverde Academy of Florida finishes as the top-ranked team in this year’s rankings. Montverde Academy captures its fifth mythical FAB 50 title in eight seasons and stakes its claim as one of the best teams ever assembled.

In our previous rankings update on March 17, we knew there was a good chance the 2019-20 high school season was completed at that point. Not all the state associations had officially cancelled their state tournaments at that point and GEICO Nationals, the end-of-the-season tournament held since 2009, was postponed indefinitely.

When school districts around the country began closing doors in late March for the rest of the 2019-20 academic year as a result of the COVID-19 Pandemic and when the Paragon Marketing Group announced on April 1 GEICO Nationals would be cancelled this season, it was time to release the final 2019-20 FAB 50 National Team Rankings powered by Ballislife.com. We were willing to wait to see if any more games could be played even into May, but when the number of Coronavirus cases started doubling by the day, especially in hotspots like New York and New Jersey, towards the end of March reality began to sink in that not only were high school games done for the year but many aspects of everyday life would be changed forever.

To get an idea as to the scope of COVID-19 and how much it impacts sports on all levels, take a look at this year’s final rankings. As indicated below by asterisk, 37 of the 50 ranked teams were unable to finish their seasons due to the pandemic, as more than 20 states were unable to finish their respective tournaments. Not all of them won their final game, as some were due to participate in the Alhambra Catholic Invitational in Maryland, March 12-14. In addition, seven of the eight eligible teams for the rankings invited to GEICO Nationals all finished ranked in the Top 10 of the FAB 50.

Even though no games were played since our last rankings update, the final FAB 50 for 2019-20 shows one newcomer, No. 43 Mountain Brook (Birmingham, Ala.). The Spartans only lost one-game in-state, the AHSAA Class 7A state final by two points (40-38) to No. 32 Lee (Montgomery, Ala.). The other losses were to Olive Branch (Miss.), which beat the Briarcrest Christian (Tenn.) team No. 45 Male (Louisville, Ky.) lost to in overtime, and to No. 26 Grayson (Loganville, Ga.), which was knocked from a GEICO Nationals berth and a top five ranking by losing in the GHSA Class AAAAAAA state final to No. 23 Wheeler (Marietta, Ga.).

Montverde Academy: One of the Best of All-Time?

The teams invited to GEICO Nationals were announced and below are the four quarterfinal matchups that would have taken place. Had No. 4 DeMatha Catholic (Hyattsville, Md.) won Alhambra Catholic (which included three other FAB 50 ranked teams), it would have been the highest ranked team not in the GEICO Nationals field. Since No. 1 Montverde Academy easily downed DeMatha Catholic, and No. 6 Hamilton Heights Christian Academy (Chattanooga, Tenn.), the next highest ranked team not in the GEICO field, lost to No. 2 Wasatch Academy (Mt. Pleasant, Utah), the eventual FAB 50 mythical national champ would have been this year’s GEICO Nationals champion.

We break down how the four games would have impacted the rankings had they been played:

FAB 50 No. 1 Montverde Academy vs. Prolific Prep (Napa, Calif.): The Eagles won their 25 games by an average of 39 points per game and beat 12 teams ranked in the FAB 50 at the time of the game. Led by Mr. Basketball USA candidate Jalen Green, Prolific Prep would have been a formidable foe for Montverde Academy even as an No. 8 seed. To see a talent of Green’s caliber facing the depth of Montverde made for an interesting matchup. Prolific Prep did lose to No. 7 La Lumiere when it wasn’t fully healthy. The dynamics of the Eagles taking on healthy and rested teams, potentially over three consecutive days instead of a couple of quality teams a week, made this one of the most highly-anticipated GEICO Nationals ever. 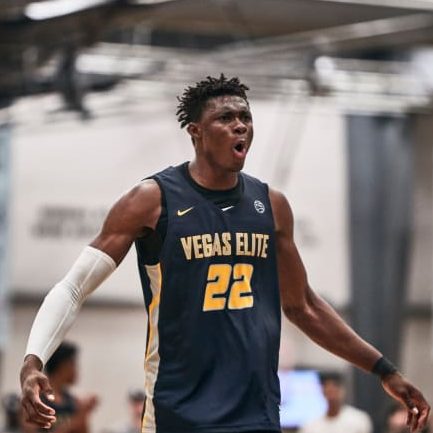 No. 2 Wasatch Academy vs. No. 5 IMG Academy: The Tigers wanted to show on a big stage they were worthy of their lofty ranking and No. 2 seed against the defending GEICO Nationals champs. The Ascenders were ranked higher in the FAB 50 than other polls because we know what their capabilities are when playing focused and determined, which they likely would have been at this event. Another factor for IMG Academy’s high rating (it was the No. 7 seed in this event) was it being the only team to play Montverde Academy within 20 points (a 63-55 loss in the City of Palms title game). The Tigers may have been without MSU-bound Mady Sissoko at this event, but they were still a formidable club in many games without him. This would have been a classic “pick ’em” game. 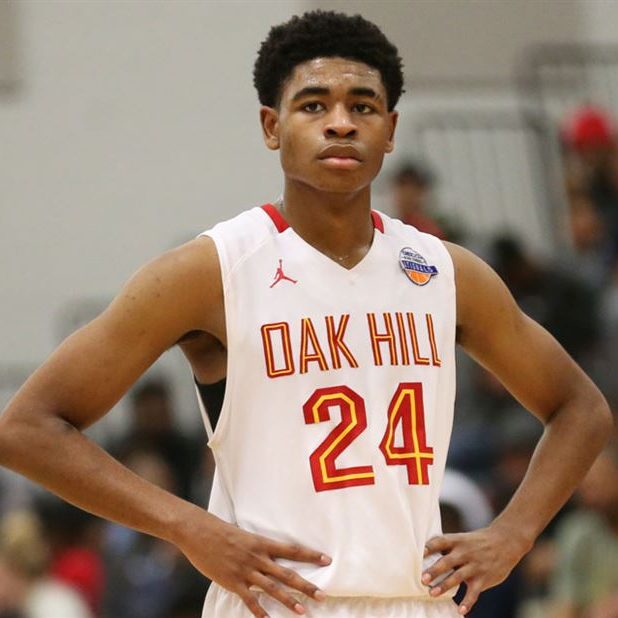 No. 3 Sunrise Christian Academy vs. No. 9 Oak Hill Academy: Some veteran observers felt the Buffaloes were the second best team they’d seen all winter behind Montverde Academy. Still they did drop a game to No. 6 Hamilton Heights Christian Academy (which wasn’t invited) and would have faced a team that had plenty of confidence coming on. Oak Hill Academy hasn’t always played its best at this event, but that’s only because they have been on the losing side of some real tight games. They were even one Cameron Thomas 3-pointer from beating La Lumiere in last year’s semifinals when that club was No. 1 in the country. Thomas, who averaged 31.4 ppg and is Oak Hill’s all-time leading scorer, could have used this tournament to boost his Mr. Basketball USA candidacy. Both teams also liked it chances to make the tournament final with Montverde Academy on the opposite side of the bracket.

No. 7 La Lumiere vs. No. 10 Dorman: LaLu and the Cavaliers were eager to play in this event. When COVID-19 broke out, event organizers moved the event from New York City to Dorman’s home gym in Roebuck, S.C., which would have created a nice home court advantage for the Cavs (provided fans were allowed to attend). Dorman’s only loss was to No. 9 Oak Hill Academy (which was seeded lower) and it was able to climb quite high in the rankings, but eventually fell back behind Oak Hill when the team it defeated in the Beach Ball Classic title game (No. 33 St. John’s of Washington, D.C.) began to drop games after New Year’s. La Lu has plenty of big-game experience, and whomever would have gotten through this game would’ve had a tough task likely going up against top-ranked Montverde Academy.

Even without GEICO Nationals, Montverde Academy will likely go down as one of the greatest teams of all-time (which we will go into further detail in the coming weeks). Three wins at this event over top 10 ranked teams would have further cemented that status. GEICO Nationals might have displayed just how dominant Montverde Academy was this season, since it’s been quite difficult for any program to win three games in dominant fashion as this event. Even more so, it could have showed if there was indeed any other potentially great team in 2019-20.

Based on the results of the season, there was clearly only one team in that category and it was head and shoulders ahead of the rest.

Editor’s Note: No bubble clubs are included in the Final FAB 50, as the final 2019-20 Top 20 Regional Rankings will be released later this week.