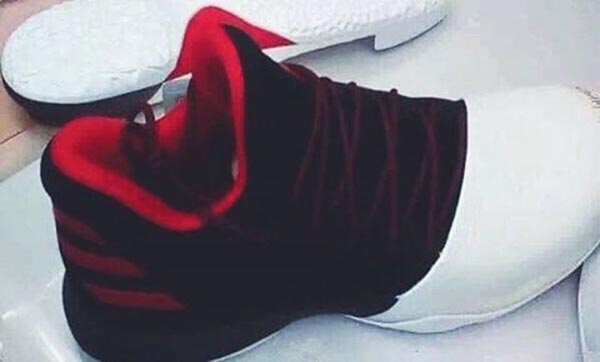 First off, shoutout to the internet for giving the people what they want… content that they’re not supposed to see yet. Even thought it’ll only be a matter of time before somebody leaks content out. And yet here we have “leaked” content of what could be James Harden’s signature sneaker.

From the looks of it the sneakers looks to be a bootie like sneaker, similar to the adidas CrayLight boost which Harden wore primarily throughout the season. The three stripes can be found on the heel while the lacing system looks to be at some weird angle. We’re assuming Harden’s official logo will be found on the tongue, even though you can’t really tell from this angle of the image. Stay tuned for more info as the Harden 1 drops comes closer & closer.