On November 21st of 2012, Roy Hibbert set a franchise record with 11 blocks in his first career triple double. Against the Hornets, Hibbert had 10 points, 11 rebounds and 11 blocks – 8 of those blocks on Robin Lopez who finished 3 of 17 from the floor.

Hibbert didn’t do much better on the offensive end by only hitting 3 of his 12 shots but thankfully he had a healthy 3-point shooting Paul George on his team who scored a career-high 37 points. 27 of those 37 came just off of 3-pointers in the 2nd half (which included an OT)!

“We were waiting on a breakout game from him,” Pacers coach Frank Vogel said. “With a player you’re trying to develop, the biggest battle is confidence, and when you have a game like this, it shows what you can do.” 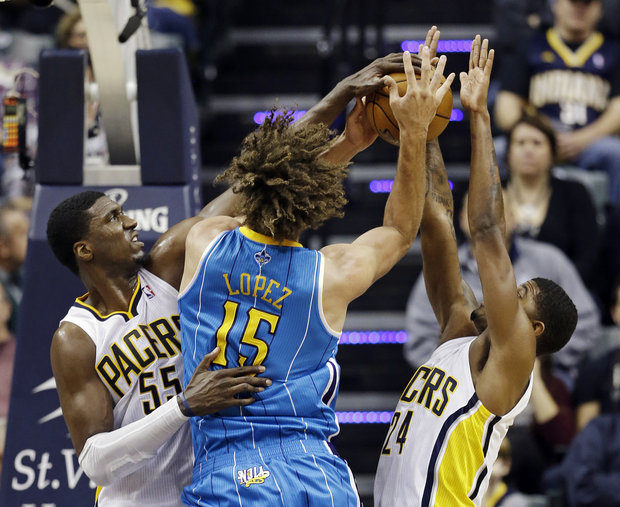