The streak is over! After five straight losses for the Embiid-less 76ers, T.J McConnell had a game-winning shot and steal on Thursday to give Philly a 112-111 victory over the Orlando Magic. It was his second game-winner of the season and enough for Joel Embiid to tweet a funny side-by-side graphic of TJ and MJ with the caption, “Is Tj Mcconnell the clutchest player in the history of the NBA? I guess so #TrustTheProcess”

“This is my so-called second game-winner in however many years of playing basketball, so I can’t be that clutch,” McConnell said after the win when asked about his clutchness.

Don’t be so modest McConnell. Two game-winners is more than Kobe Bryant had after two seasons and I’m not fact checking here, but I wouldn’t be surprised if two was more than Allen Iverson had during his first two seasons in Philly. So if your teammates and the people in the City of Brotherly Love want to show you some love and say you are as clutch as MJ then just go with it and get that win streak back to two!

I hate to say anything negative about the new Mr Clutch (can we replace Jerry West on the NBA logo?), but in 2017, he’s just 1 for 13 from three and 7 for 37 on the season and that’s including a 3 for 3 game. So if you take out his perfect night against the Nuggets, which came on the final night of 2016, he’s just 4 for 34 and that probably makes him the worst 3-point shooting 6’2 and under white guy in NBA history.

Who cares! 76ers’ fans are happy, he’s clutch and his hair is Gatorade proof. #TrustTheProcess 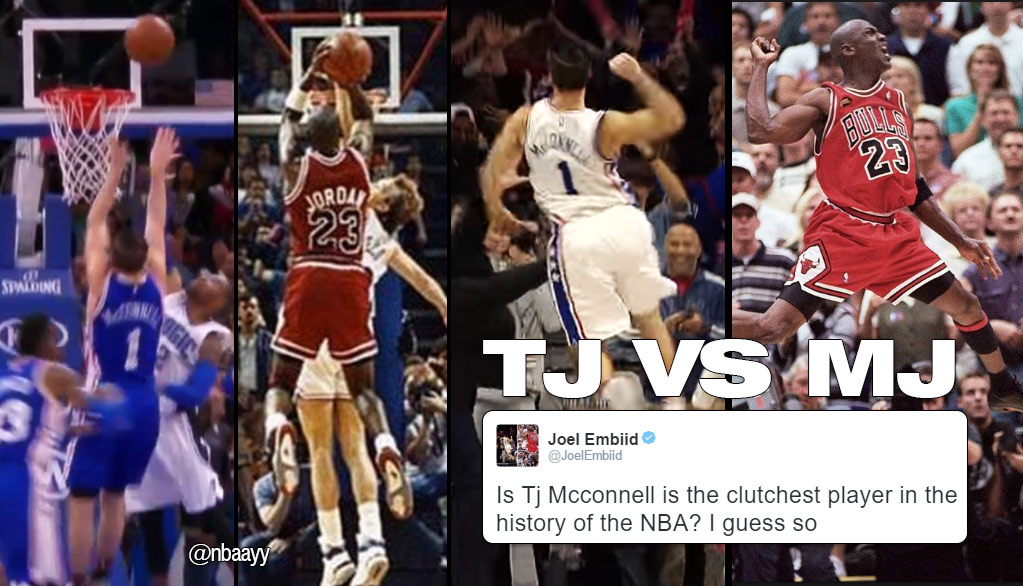