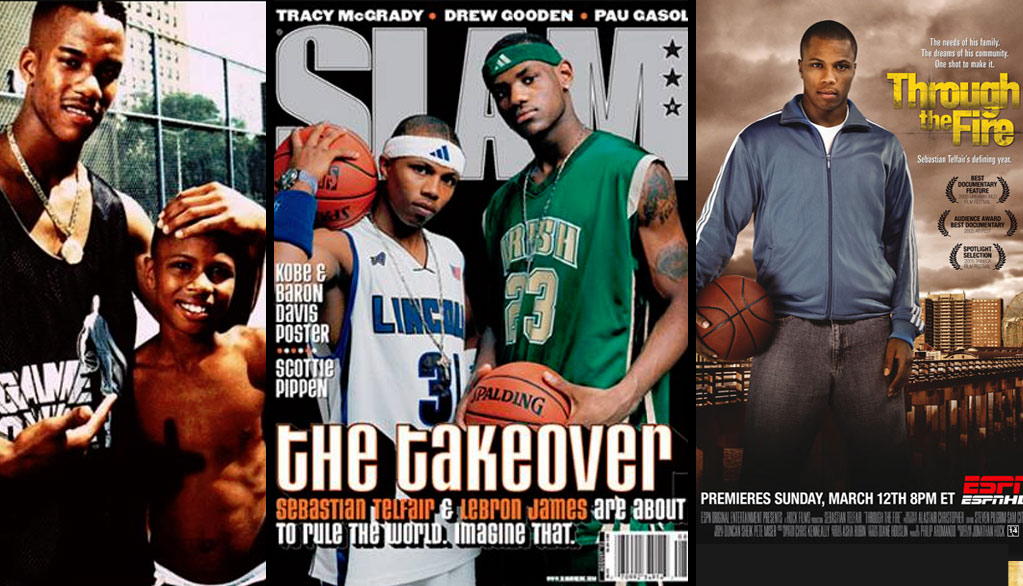 Three days ago, on June 9th of 2017, I made a “Remember Sebastian Telfair” post to celebrate the 32nd birthday of the former NBA player who was once one of the most popular basketball players in the country — while he was still in high school. Before making the straight to the pros leap, Telfair was already on the cover of Sports Illustrated, had a shoe deal with Adidas, was a star at Rucker Park and was the subject of an ESPN documentary.

On Sunday, June 11th of 2017, Telfair, along with an 18-year old named Jami Thomas, were arrested in Brooklyn for possession of marijuana and a lot of guns.

Telfair, 32, and another man, Jami Thomas, 18, were found with three loaded firearms, a semi-automatic rifle, ammunition and a bullet-resistant vest, police said. Two bags of marijuana and a burning marijuana cigarette were also allegedly found in the 2017 Ford F-150 pickup with Florida plates.

They were parked illegally on the median on Atlantic Avenue near Classon Street, said police.

As officers approached, they started to drive off, according to the source. Police who pulled them over smelled marijuana and saw a lit “blunt” on the dashboard, police said. […]

Telfair and a friend were arrested in 2007 on a gun charge after a traffic stop. He was stopped for speeding on the Bronx River Parkway, then found to be driving with a suspended license. Police found a .45 caliber handgun under the passenger seat. Both Telfair and his friend said they didn’t know how the gun got there.

He might not know how the guns go there but my big question is how did he get there? How does a one-in-a-million talent, with the world in his hands and millions in his bank account at the age of 18, find himself on a path that’s supposed to be avoided by the lucky ones who find a path to the NBA, just 14 years later?