Back in 2013, we did a video feature about Brown’s inspirational basketball journey and scoring ability and then 2 months later he dropped 74 points and the game-winner in a game in China! Then Brandon Jennings got into a little twitter beef with JR Smith when he posted a tweet saying “Wait wait wait JR Smith’s brother is in the NBA but Pooh Jeter and Bobby Brown isn’t. Call me hater but not rollin!”

Nothing against Chris at all but you can call me a hater too because Brown has been putting up 2K numbers since and in his last game he put up an equally ridiculous 64 points and 10 assists against Liaoning.  Yes that means Brown was accountable for atleast 84 points in a single game!

Phil Jackson, let me know if you need Brown’s number. 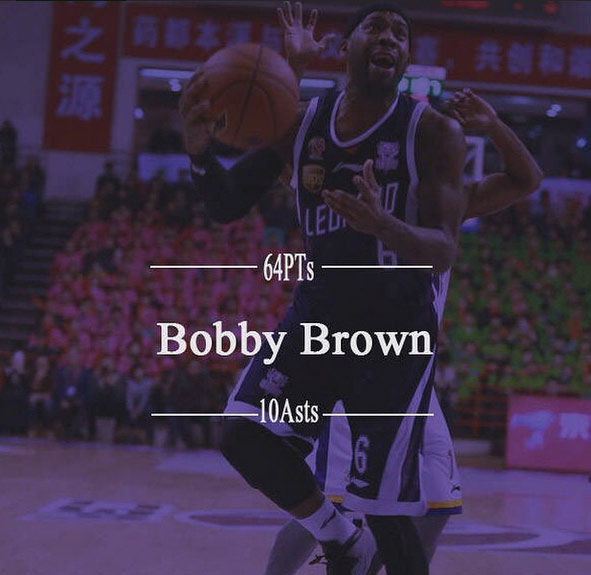