I remember watching Mr. Basketball of Illinois, Darius Miles, put on a dunk clinic and rack up 17 points and 4 blocks in the 2000 McDonalds All-American game and saying this kid is going to be a NBA star. I wasn’t alone. Soon after, I saw a special about Miles saying only KG and Kobe were more NBA-ready coming out of high school. The Clippers agreed and drafted Miles with the No. 3 pick (higher than KG and Jonathan Bender) in the 2000 NBA draft, teaming him up with future stars Lamar Odom, Corey Maggette, Quentin Richardson, and former No. 1 pick Michael Olowokandi.

From the start, the LA Knuckleheads were fun to watch and screamed scary potential with Miles being a fan-favorite. He was so popular, he appeared on the cover of SI with KG; He appeared in one of the best Nike commercials ever with Vince Carter, Jason Williams, Baron Davis and Paul Pierce; He appeared in movies with Ryan Reynolds (Van Wilder) and later Scarlett Johansson (The Perfect Score). The NBA All-Rookie member was looking like a star.

Then the honeymoon ended and he was traded to the Cavs. In Cleveland, he was featured on another roster with scary potential (Miles, rookie LeBron, high school legend Dajuan Wagner, Carlos Boozer, Ricky “Buckets” Davis) and after a hot start, his minutes and shot attempts dropped and once again was traded after just two seasons.

His journey then took him to Portland, where he showed flashes of brilliance (47 points against the Nuggets) but clashed with the Coach, was suspended for violating the NBA substance abuse policy and suffered a knee injury that cost him two seasons.

His last stint in the league was with the Bobcats back in 2009. And with the exception of a carrying a loaded gun in an airport story back in 2011, I can’t recall hearing anything about him since then…until this morning of September 17th of 2016, when I read the now 34-year-old has filed for bankruptcy.

But injuries, legal problems and bad investments have left Miles asking the court to allow him to sell off his assets to pay creditors. Miles listed $460,385 in assets and $1.57 million in liabilities.

Miles listed a $20,000 child support debt in his bankruptcy. He lost more than $100,000 in 2008 in a California real estate deal. Another real estate deal — with fellow investors former NFL Rams player Marshall Faulk and rapper Nelly — was mired in lawsuits over a Laclede’s Landing property. Newspaper stories wrote about Miles rewarding himself with diamond jewelry.

In addition to his Belleville home, he listed 12 other properties he owns, all in East St. Louis. He has a Deutsche Bank account with $49,000 and his son’s college fund with $84,900. He also listed ownership of various collectibles with unknown value, including trophies and signed jerseys, and jewelry.

I always shake my head at these reports that try to show how players lose their riches. Look at his NBA contracts — approx. $62 million with 9 coming from the Blazers in 2010 — and let’s say half went to Uncle Sam, his agent and/or manager(s), a lawyer and a horrible financial adviser. He still made about $30 million over 10 years or what most beyond lucky people would consider winning the lottery three times a year for a decade. Where did that money go? And don’t say too many cars, homes and other assets that can be liquidated and probably didn’t even equal one year of his salary.

Anyways, hopefully, Miles gets it together and through these hard times. In the meantime, let’s look back at some sights and sounds from his once promising NBA career. 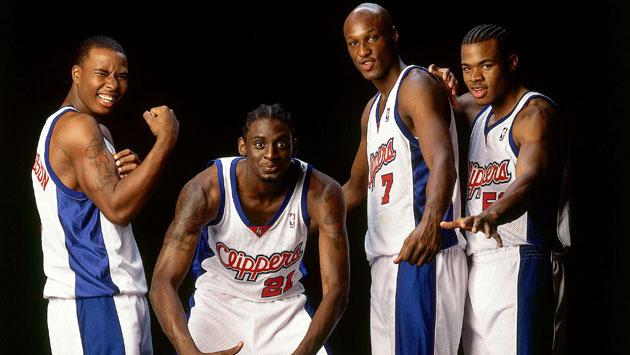