To say Zach LaVine has been struggling of late, would be a huge understatement.  In his last 7 games before last night, LaVine has only made 9 of 44 shots and 2 of his last 13! On Tuesday, Zach broke out of the slump in a big way, connecting on 7 of 12 for 21 points in 27 minutes against the Thunder. He was also 3 of 4 from downtown after going 3 of 14 over his last 10 games.

Lavine was so hot, he was even hitting luck shots like this waived off shot off the scoreboard.

A big reason for LaVine’s struggles this season has been the way Coach Sam Mitchell keeps switching him from point to shooting guard.

So how does LaVine feel about going “though the fire” of Sam Mitchell?

“It’s not fun,” he said. “Sometimes unfair. But he’s coach and I’m player and that’s what you have to deal with.” 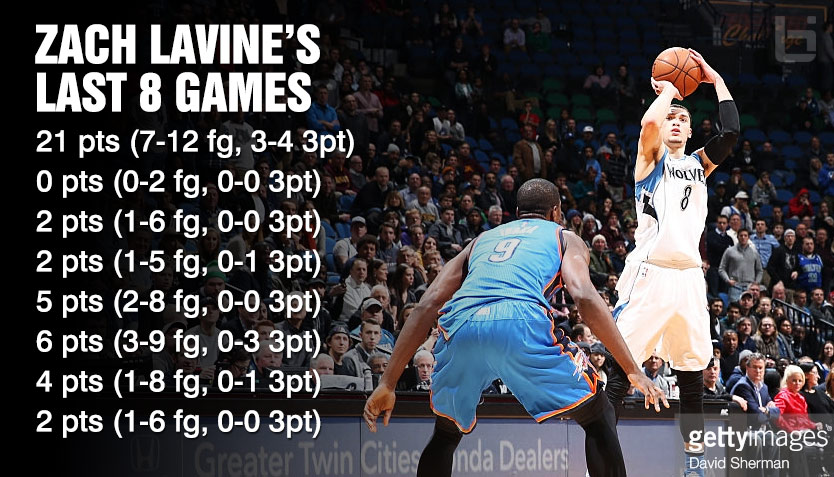