Long Beach, Calif. – It looked like the 5th Annual Ballislife All-American Game presented by U.S. Army was going to be one of those old-fashioned all-star games where one team doesn’t get back in transition and gets blown out.

It happened to Team Future, as Team Elite jumped out to a quick double-digit lead and grew its lead to as big as 26 points, 49-23, in the first half. In the second half, however, Team Future made a spirited comeback and eventually took the lead at 108-107 on a layup by Dwayne Bacon of Oak Hill Academy (Mouth of Wilson, Va.) with 1:03 remaining in the game. It actually took a 3-point lead, but Team Elite executed better down the stretch to pull out a 113-110 victory before a near capacity crowd and a live broadcast on CBS Sports Network at Long Beach (Calif.) City College.

The clinching points came on a dunk by Thon Maker of Orangeville Prep (Mono, Ontario, Can.) off a pretty dish by Donovan Mitchell of Brewster Academy (Wolfeboro, N.H.). Team Future had the ball one final time with a chance to tie with 9.7 seconds remaining. Isaiah Briscoe of Roselle Catholic (Roselle, N.J.) fired a 3-pointer that was just long. The rebound caromed long and the ball ended up in the hands of Oregon-State bound Stevie Thompson Jr. of Bishop Montgomery (Torrance, Calif.), whose 3-pointer was short as the buzzer sounded.

“I just want to keep my eyes open and I enjoyed this opportunity to play,” said Maker, who was named Team Elite MVP with 17 points (8-of-10 shooting), six rebounds and three blocked shots. “I want to be myself and play the right way. Getting the win was also important.”

Also leading the winning team was Malik Beasley of St. Francis (Alpharetta, Ga.). The Florida St.-bound shooting guard finished with a game-high 22 points on 9-of-18 shooting.

Helping Team Future get back in the game from its 63-47 halftime deficit was Bacon — another Leonard Hamilton recruit headed to Florida State. Bacon finished with 20 points, including 15 after intermission. Briscoe also had 20 points for Team Future.

The game’s most consistent player was Team Future’s Skal Labissierre of Reach Your Dreams (Memphis, Tenn.). The 6-foot-11 Kentucky-bound forward had 16 points (eight in each half) and controlled the boards. He finished with 16 rebounds, with eight in the first half and eight in the second.

“We had to get out of the all-star game mentality after halftime,” Labissierre said. “It was a fun experience and a good way to go out.” 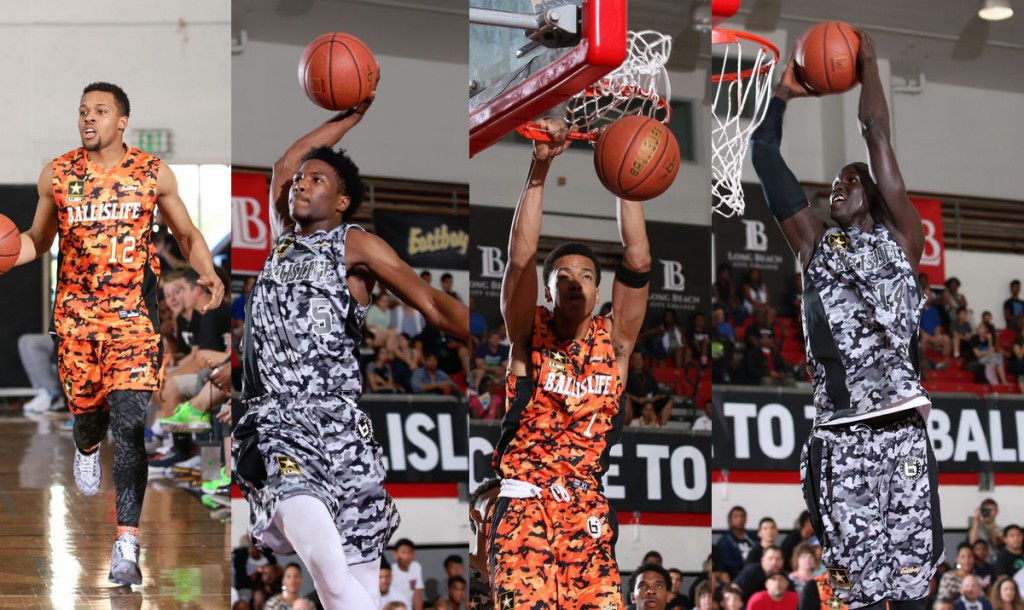