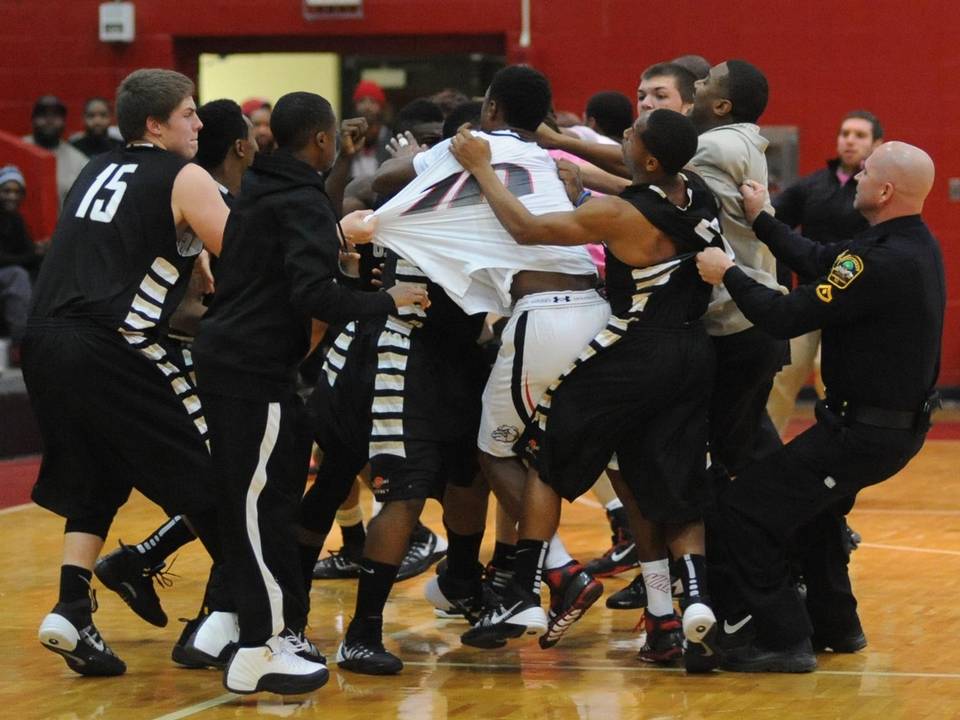 If it seemed unlikely that Gaffney high school was going to beat Boiling Springs last night with just 4 players in regulation then you will be shocked to hear they only had 3 when they won the game in OT.

The reason why they only had 4 players in regulation was because a bench clearing fight happened earlier in the game that left the Indians with just 4 players.  The opposing team also had their bench ejected leaving them with 5 players.

The Indians’ Hylek Foster committed a foul near the end of regulation on the Bulldog’s Daniel Thompson which lead the Foster fouling out and an extra session after Thompson made both free throws. The Indians did survive OT behind L.J Peak’s 35 points.